You are here: Home › Shipping News › For Seafarers COVID Is Not Someone Else’s Problem: ITF Seafarers
TwitterFacebookLinkedInPinterestBuffer

When we hear of large corporations, charterers, refusing to accept any costs or delays in order to allow over-worked seafarers to return to their homes, what are we to think?

We could think of all the people that have acted responsibly and made sacrifices in their personal and working lives to reduce the risk of other members of their community contracting COVID.

We could think of all the medical staff who have put themselves in danger to care for the sick and dying. We could think of the seafarers who have worked at sea long past their contracted time, testing their endurance to keep trade alive, to deliver food, personal protective equipment and now vaccines. 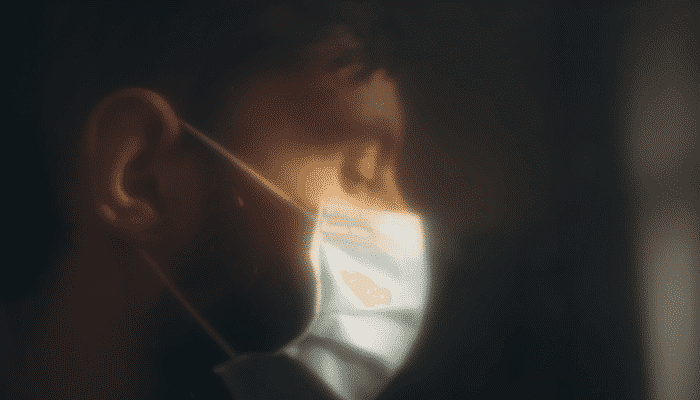 These are people who have made the welfare of others a priority. They have not just seen COVID as someone else’s problem, and many governments have also supported the wider community – keeping money coming in to families and businesses that are suffering.

Sadly, though, around 200,000 seafarers continue to work beyond their contract terms. Despite the efforts of so many in our industry, we have to accept that success in making seafarers’ welfare a priority has been only partially successful.
We continue to hear of charterers unwilling to accept any compromise to their commercial interests. They are instead pushing all the responsibility back on to shipowners and managers.

And we also know that only a third of IMO member states have designated seafarers as key workers. So, even at a State level, responsibility is being pushed back on shipowners and managers.

The inaction of some charterers and many States continues despite the knowledge that the threat of widespread sickness and death will not be over for several years. Some nations don’t anticipate widespread vaccination until 2024, and with the rise of new variants, it is unclear what the impact of the first round of vaccinations will be. COVID is a crisis without a quick fix, and many lives have already been lost due to inaction, selfishness and the belief that it’s someone else’s problem.

Maritime industry leaders have acted with integrity and made repeated calls to prioritise the welfare of seafarers over financial concerns, while fully aware that there are legal and financial consequences that need to be accepted and dealt with.

The IMO has been regularly advocating for recognition of seafarers as key workers, which will afford them access to priority vaccinations as part of the national roll out of COVID-19 vaccines in their home countries and remove hurdles to crew repatriation. Resolutions urging governments to designate seafarers as key workers have been adopted by IMO, the United Nations General Assembly and the ILO.

The IMO is also working with many different stakeholders to find the best way to ensure priority vaccination for seafarers. “Our focus continues to be the health and wellbeing of seafarers, and we are exploring various options, including hub ports for vaccinations, which would facilitate efforts to vaccinate seafarers along major shipping routes,” said a spokesperson for the IMO.

The International Chamber of Shipping (ICS) has worked to support its members and has strengthened the industry-wide push to prioritise seafarer welfare. Recently, the ICS produced advise for shipowners on managing vaccination programs, as there are already some States requiring proof of vaccination for seafarers.

ICS Secretary-General Guy Platten has said: “Shipping companies are in an impossible situation. They are stuck between a rock and a hard place, with little or no access to vaccines for their workforce, particularly from developing countries… For a sector expected to help drive the global vaccination effort, this is totally unacceptable.”

Human Rights at Sea agrees. So, we ask charterers that won’t allow crew changes, flag States that haven’t designated seafarers as key workers: Will self-interest or a spirit of community and shared responsibility prevail?

Every day is a crossroads, a chance to put people and communities first and to accept the challenge of helping to care for our seafarers.

Mauritius Government Must Release Wakashio Crew Held For A Year Without Charge: ITF Seafarers
International Seafarers Are Now Eligible For Vaccination At Belgium Ports
Companies To Ensure Seafarers That Want To Be Vaccinated Are Allowed To: ITF Seafarers