For a second year, Fitch Ratings affirmed the Panama Canal Authority’s (ACP) ‘A’ investment grade rating with a stable outlook for its long-term issues default and senior unsecured notes.
The credit rating agency’s report stated, “The ratings reflect an underlying asset that is critical not only for Panama, but for international commerce, as demonstrated by its stable volume performance and competitive position, which has proven to be largely resilient to economic downturns.”

The Panama Canal’s Executive Vice President of Finance, Francisco Miguez, expressed that this rating yet again confirms the Canal’s financial and competitive strength. He added that its performance is a reflection of the dedicated work of its 9,000 workers that are committed to providing the waterway’s customers with reliable and uninterrupted service. 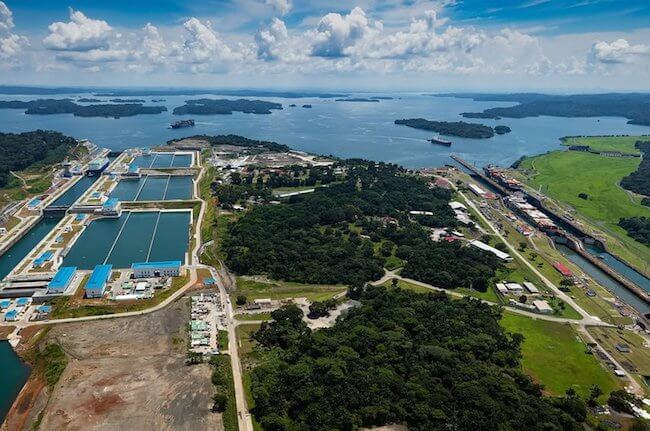 Factoring into its decision, Fitch Ratings cited the connectivity that the Canal offers to world maritime trade and the value it adds as the region’s main transshipment hub. They continued, noting that “The Expansion provides interoceanic passage for Neopanamax vessels, further diversifying revenue sources.”

The agency also considered that the ACP’s constitutional and legal framework supports operational autonomy, which was found to adequately mitigate the risk of external interference, and acknowledged the “ACP’s long track record of managing profitable operations through different administrations.” The rating reflects expectations that the Canal will continue to be managed under the same legal framework.