You are here: Home › Shipping News › Fit For Purpose: Are Your Bunker Clauses 2020 Ready?
TwitterFacebookLinkedInPinterestBuffer

Technical, regulatory and financial aspects of the 2020 global fuel sulphur cap regime understandably loom large in people’s minds. But the importance of the contractual dimension should not be overlooked. BIMCO is forging ahead with an all-encompassing 2020 Clause for charter parties, which should be published in November.

You may however be fixing long-term business now and need to rely on existing charter party bunker clauses. What considerations should you make to avoid potential disputes in the run up and coming into force of the 2020 sulphur limit? Clearly stating in express terms what grades of fuel are allowed or which are already on board will avoid unnecessary arguments later.

Most standard forms of charter party contain rather meagre and outdated bunker clauses that often do not address contemporary bunker-related issues. A few years ago, BIMCO produced a suite of bunker clauses for charter parties to supplement the existing bunker provisions in standard forms – including some of its own older charter parties. These clauses deal with most of the key issues relating to bunkers but may also need to be carefully read in the context of 2020. There are many issues that need to be looked at, but this article focuses on quantities, prices and grades on redelivery under a time charter. 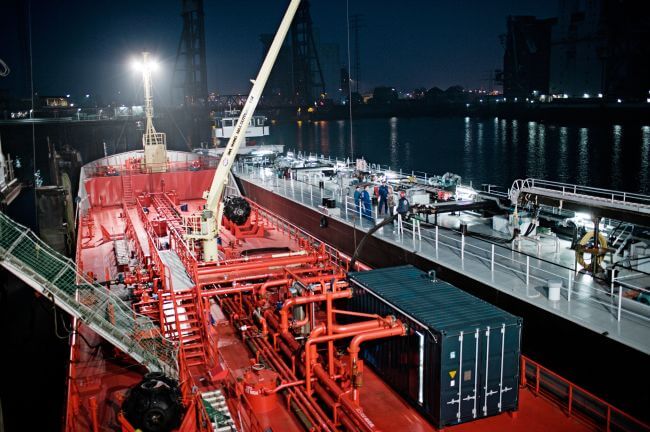 Time charter parties commonly provide for the charterers to take over and pay for a specified amount and grades of bunkers on board a ship on delivery, and for the owners to do the same on redelivery. Often, the quantity of bunkers on board at redelivery and the price that the owners will pay the charterers for them is agreed from the outset. Older standard forms like BALTIME base the price of the bunkers at delivery and redelivery on the prevalent price at each respective port. SHELLTIME 4 uses a formula whereby the owners must accept the ship on redelivery with whatever bunkers are remaining on board, provided there is a sufficient amount for the ship to safely reach the “nearest main bunkering port”. The price paid by the owners is the price actually paid on a “first in, first out” basis. NYPE 1993 and NYPE 2015 require the parties to insert quantities and prices for delivery and redelivery. Other charter parties may simply require the ship to be redelivered with about the same quantity of bunkers as on delivery.

Getting the price right

It is important to look carefully at what your bunker clause says about quantities and price. Prices for compliant low sulphur fuel may be much higher than current prices after the 1 January 2020 implementation date. Supplies may initially be limited and so, in the case of BALTIME, a “current price” at the redelivery port may not be available. Similarly, any residual high sulphur fuel may have little or no value (and may need to be removed at cost if scrubbers are not fitted). A bunker price adjustment clause may be a helpful addition.

Ships redelivering shortly after 1 January 2020 may have some residual quantities of bunkers with a high sulphur content onboard. Unless the ship is fitted with a scrubber, the high sulphur fuel will be unusable by the owners and will have to be off-loaded before the date of prohibition of carriage comes into effect. Who should pay for the fuel to be offloaded? Stocks of high sulphur fuel should be managed so that quantities are at a minimum on redelivery.

Unless the bunker clause specifies quantities and grades on redelivery, care should be taken to ensure that there are sufficient quantities of compliant low sulphur fuel on board to get the ship to the nearest port where bunkers of the appropriate grade are available. Be aware that, initially at least, supplies of compliant low sulphur fuel may not necessarily be available at the nearest main bunkering port (as per SHELLTIME).

Finally, we cannot emphasize enough the importance of stating very clearly in the charter party that the bunker fuel provided by time charterers should be compliant with MARPOL Annex VI. The maximum sulphur content of any bunker stem during the charter period should be stated as a percentage to avoid any potential dispute about what constitutes “low sulphur fuel”.

Future articles by BIMCO will cover other 2020 bunker-related topics such as cost issues for bunker tank cleaning, fines for non-compliance, non-availability of compliant fuel, performance warranties and cost sharing for scrubbers.

13 Malpractices In Bunkering Operations Seafarers Should Be Aware Of

The Most Important Engine Room Documents a Ship Cannot Sail Without

Duties of a 4th Engineer on a Ship