On 8 May 2015, Boskalis subsidiary Dockwise loaded the first ship-shaped FPSO onto the largest semi-submersible heavy transport vessel of the world. On Friday at 16:30 hrs local time, the Armada Intrepid Floating Production, Storage and Offloading (FPSO) was loaded onto the Dockwise Vanguard in the Caland canal, Port of Rotterdam, The Netherlands. The loading operation lasted for 3 to 4 hours, starting when the Armada Intrepid is brought into position and ending when the Dockwise Vanguard is deballasted and refloated.

The Armada Intrepid FPSO weighs approximately 60,000 tonnes (42,000 tonnes plus ballast) making it one of the heaviest cargos ever transported. With a length of 245 meters, the cargo will be the longest transported on the Vanguard to date. Additional expertise from within the Boskalis group is being deployed on this project, including support from SMIT Towage Northwest Europe during the arrival of the Vanguard and during the loading operation. 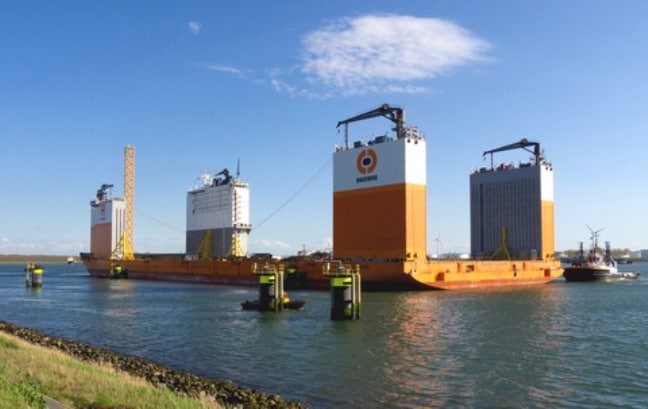 “Transporting this ship-shaped FPSO on board of the Dockwise Vanguard demonstrates there this is a better, faster, more safe and efficient solution to transport FPSOs from one side of the world to another, be it for refitting or new builds,” says Hans Leerdam, Category Manager Strategic Vessels at the Offshore Energy division of Boskalis.