You are here: Home › Shipping News › First Ship for Great Lakes To Be Installed With BallastAce BWTS Launched
TwitterFacebookLinkedInPinterestBuffer

On 22nd October, at the Oshima (Japan) shipyard, a new vessel was delivered to Fednav Limited. The Federal Biscay is equipped with a ballast water treatment system, a first for ships transiting the Great Lakes. Fednav, the largest international operator in the Great Lakes/Saint Lawrence Seaway System, announced in April that it would equip twelve of its new ships with these systems, well before the regulatory requirement.

The Federal Biscay, an ocean-going laker of 34,500 dwt, is destined to ship general cargo to the Great Lakes and bulk commodities, such as grain, from the Midwest to world markets.

Developed by JFE Engineering Corporation in Japan, the BallastAce system will be effective in both fresh and salt water. BallastAce operates through a sophisticated filter and sodium hypochlorite (bleach) injection mechanism in the ship’s ballast system. 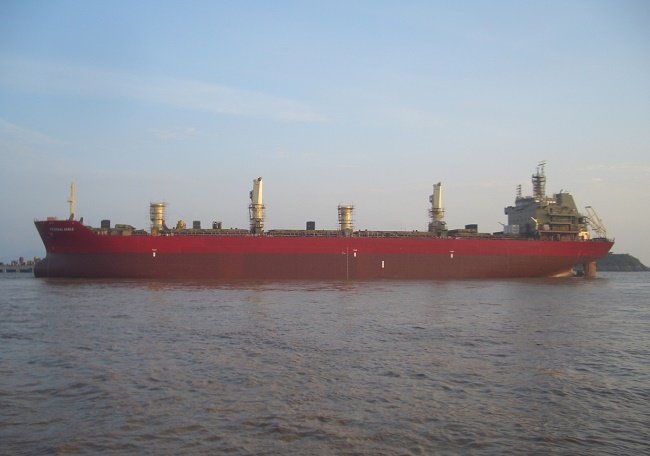 “This is a pivotal step in protecting the Great Lakes against invasive species and preserving biodiversity in the region,” said Paul Pathy, president and co-CEO of Fednav Limited. “Fednav is proud to be the first shipping company to deploy such systems, and we are pleased that the Federal Biscay is serving as a test ship for this technology.”

Fednav will therefore start using BallastAce in the Great Lakes at the opening of the St. Lawrence Seaway in 2016. With the assistance of Fednav, BallastAce is continuing the necessary stages of its approval for fresh, brackish, and salt water by the US Coast Guard, at the GSI facility in Superior, Wisconsin and at MERC in Baltimore, Maryland. During the first six months of 2016, the system installed on the Federal Biscay will also test under this certification.

What is Ozone Generator for Ballast Water Treatment?