Skangas announced that the first ever bunkering station for liquefied natural gas (LNG) in the Nordics is open and operating successfully. The new bunkering station fuels Fjord Line’s cruise ferries, which are the first – and largest – in the world to use “single fueled LNG engines,” meaning that they are powered exclusively by LNG.

Loading arm is a well-known method of transferring cargo for large oil and LNG terminals. According to Skangas, this is the first loading arm ever developed purely for bunkering. LNG ships have normally been bunkered via hose connections from a truck or a tank. 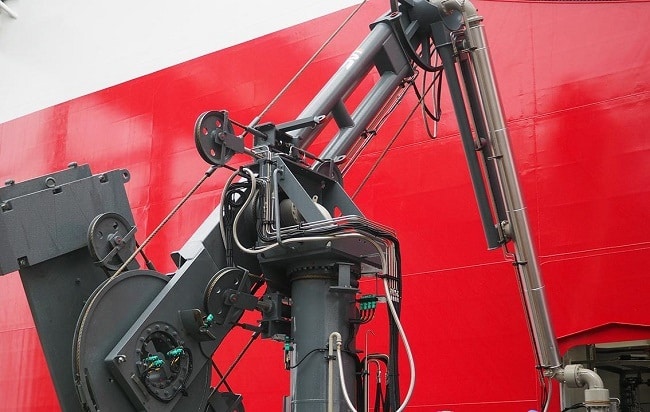 Widely recognized as a safer transfer method, a loading arm can provide a much higher rate of transfer. The coupling and de-coupling procedures are faster and more efficient, and monitoring of the operation is much easier. Overall, it provides a better solution for both the supplier and the off taker of LNG.

“There is a world of difference when comparing truck-filling with this new bunkering station”, says Morten Larsen, Technical and Maritime Director of Fjord Line.

“The new station greatly reduces the time it takes every week for Fjord Line to refuel. Less time spent refueling provides a quicker turnaround in port, and, therefore, greater efficiency for our ships”, adds Larsen.

David Ottesen, CEO of Risavika Havn says “At Risavika Havn, we believe that LNG is poised to play an important part of the future fuel mix in the maritime sector. For us, it is important to have Skangas as a partner; one that is obligated to satisfy customer expectations and the future development of our port”.

In 2015, LNG bunkering is estimated to reach approximately 35,000 tons in the Port of Risavika. “We anticipate increasing demand for LNG to fuel ships in the coming years,” says Tor Morten Osmundsen, CEO of Skangas. “Skangas offers reliable and flexible bunkering services in North-West Europe.”