Three workers were killed and at least seven injured when a fire broke out on a Pemex oil processing platform in the Gulf of Mexico, but the latest in a string of incidents is now under control, the Mexican oil giant said via Twitter on Sunday.

A spokesman for Pemex said oil continued to be pumped but that the company was still evaluating any impact on production. The platform did not have to be evacuated, according to a tweet.

The fire occurred on the offshore Abkatun A Permanente processing platform in Mexico’s oil-rich Bay of Campeche where a fire claimed seven lives in April last year, causing crude output from four nearby fields to plunge nearly 70 percent. 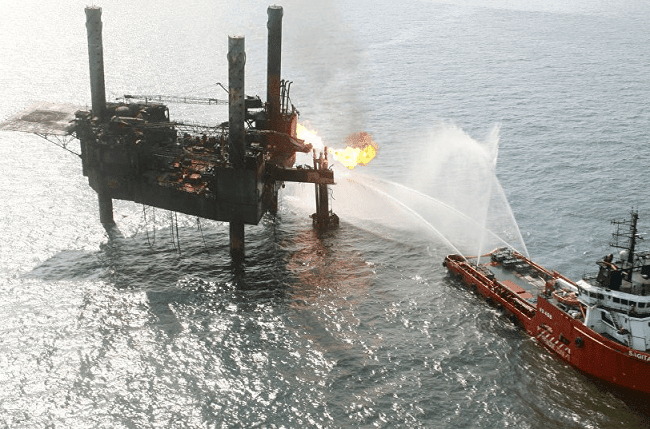 Oil exploration and production is one of the most dangerous industries in the world and Pemex has one of the highest injury and fatality rates among oil companies, according to the International Association of Oil and Gas Producers (IOGP).

In December, five workers were hurt when a fire broke out at the Lazaro Cardenas refinery in Minatitlan in the Mexican Gulf coast state of Veracruz.

Casualties of the Sunday fire include two Pemex workers and one employee of Cotemar, a firm based in Ciudad del Carmen that provides offshore services to Pemex, according to Cotemar’s website.