There has been a fire on the deck 15 of Costa Smeralda, a ship being constructed at Meyer Turku Shipyard. There was stored equipment on fire, started by welding inside the ship. The fire started approximately at 16:45 Finnish time. 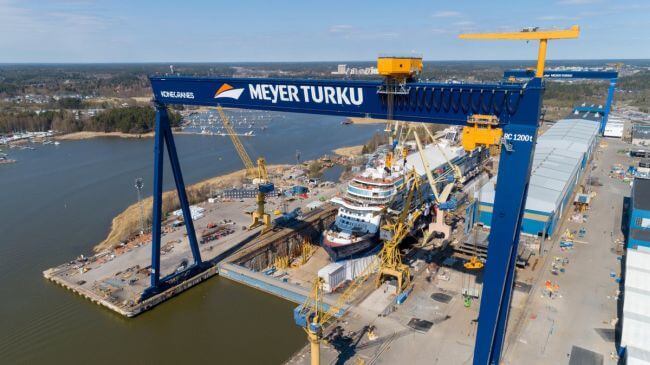 Shipyard’s fire brigade was the first ones on the site and started firefighting measures. Local fire brigades arrived shortly after. The ship was evacuated. Work continued in the ship at approximately 18:15.

At the moment approximately ten people have slightly inhaled smoke and two people have had their slight injuries checked. Material damages were minor and there is no effect to the building schedule of the ship.