In the presence of the Deputy Prime Minister of Italy and Minister of Economic Development and Labor Luigi Di Maio and the Chairman of Cassa depositi e prestiti Massimo Tononi, the Fincantieri CEO Giuseppe Bono and the District Mayor of Baoshan Fan Shaojun, within the development of the shipbuilding segments, set out by China, have signed the contracts aimed at creating a cruise hub, mainly dedicated to activities in this sector, as well as in shipbuilding and maritime. 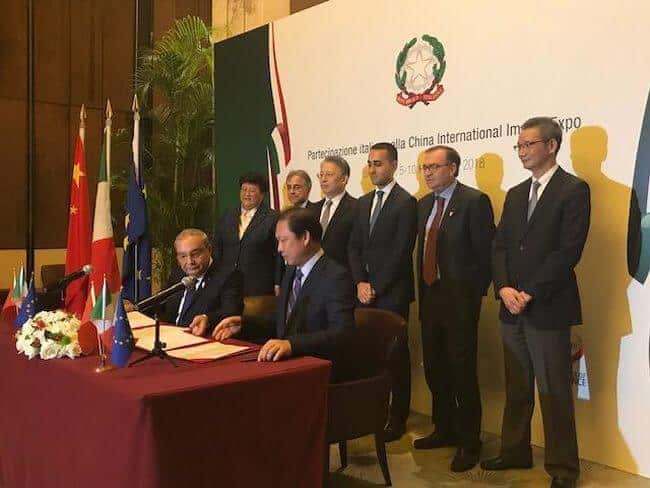 As part of the agreements between Fincantieri, CSSC and Carnival Corporation & plc announced in February 2017 and related to the construction of two cruise ships, the first ever made in China for the local market, the hub will act as a fundamental industrial basin to supply this product. In fact, today, 70% of the total value of a modern cruise ship is realized through the supply.

The district will provide financing, tax commercial and administrative benefits, land for necessary development and other resources, in the light of a possible establishment of foreign companies, introduced by the partners.

Fincantieri, indeed, has given a broad support to the district in defining the preferential policies to attract suppliers and will promote the park in its network and in the industry as a whole, as a foundation for the companies which want to access to the opportunities of this project. In this way, the Group will become a lever for the establishment in China of its supply chain or of other SMBs, which would greatly benefit from this operation.

This project is part of the initiatives undertaken by Fincantieri in China aimed at developing the local cruise market, which in the coming days could reach new goals.

These activities will allow Fincantieri to monitor as first mover the development of the strategic high potential market, to broaden its borders and to lay the foundations for further developing its business and accessing even the most complex markets, considering the favourable moment that the cruise sector is experiencing.