You are here: Home › Shipping News › Fincantieri To Set Up A Joint Venture In China
TwitterFacebookLinkedInPinterestBuffer

Fincantieri, world leader in cruise shipbuilding, and China State Shipbuilding Corporation (CSSC), China’s largest shipbuilding conglomerate, have signed an agreement for the constitution of a joint venture aimed at developing and supporting the growth of the Chinese cruise industry. This step allows Fincantieri to gain a leading role monitoring a strategic market with high potential.

The signing took place today in Shanghai between the CEO of Fincantieri, Mr. Giuseppe Bono, the President of CSSC, Mr. Wu Qiang, and the Chairman of CSSC Cruise Technology Development and of the Shanghai Waigaoqiao Shipbuilding facility (SWS), Mr. Wang Qi. 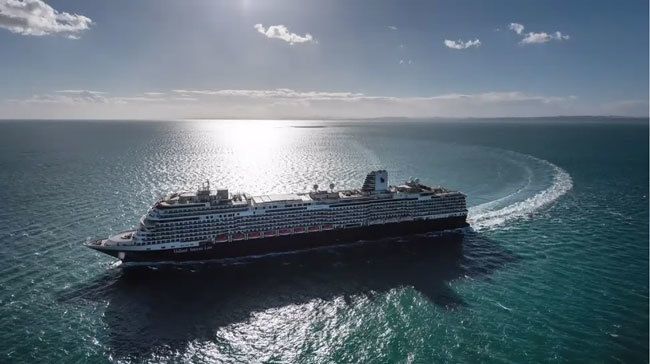 Attending the ceremony were Ambassador of Italy to the People’s Republic of China Mr. Ettore Sequi, Consul General of Italy in Shanghai Mr. Stefano Beltrame, Chinese Vice Minister of Industry and Information Technology Mr. Xin Guobin, Vice Mayor of Shanghai Ms. Zhao Wen, for Carnival Corporation the Chief Operations Officer of Carnival Asia Mr. Michael Ungerer, and many authorities from the Chinese Government and the municipality of Shanghai.

The today’s agreement, which follows the historic ones signed with CSSC and Carnival Corporation in November 2014, provides that the joint venture will design and sell cruise ships exclusively intended and specifically customized for the Chinese and Asian market. These vessels will be built at one of CSSC’s shipyards, the SWS facility, on the basis of a technological platform licensed to the joint venture and to the SWS shipyard by Fincantieri, which will therefore perform the activities within its competence through the joint venture.

In order to ensure the success of the cooperation and to benefit from Fincantieri’s global experience and expertise in the development and construction of cruise ships, the agreement envisages that Fincantieri will also provide specialized consultancy services and supply certain key components of the vessels to the joint venture and to SWS.

“This new agreement highlights once again Fincantieri’s technical and technological leading position and it places us at the center of a project without equal in the world, supported directly by Chinese Government in the form of a very ambitious project”, commented Giuseppe Bono, CEO of Fincantieri. “We are equipped to face the new international scenarios and we are selected today as a shipbuilding partner for the development of the cruise sector of a country which looks at this industry with great determination. The presence of our main customer Carnival, which will purchase the vessels covered by the agreement, is also of fundamental importance for the project’s success. This result is a victory and an incentive to work even harder in the future. It confirms the Group’s ability to be the first one to seize highly strategic opportunities and a worldwide leader in all the sectors in which it operates”. Bono concluded: “Finally, it is worth recalling that our Italian shipyards have work guaranteed on average for the next ten years and that the agreement may lead to additional benefits related to top level ship components and engineering”.

Wu Qiang, President of CSSC, commented: “Signing the cruise shipbuilding joint venture agreement with Fincantieri, one of the world’s largest shipbuilding groups, is another milestone event for CSSC, for the history and development of China’s cruise industry, as well as for the cooperation between China’s and Italy’s shipbuilding industry. Joining forces will give new vitality to the rapid growth of China’s and the Asian-pacific cruise market. We look forward to working together with Fincantieri, Carnival, CIC (China Investment Corporation) and other strategic partners to strive for building and delivering China’s first domestic large cruise ship”.