The steel cutting ceremony of the second of three cruise ships that Virgin Voyages (part of Virgin Group) ordered to Fincantieri took place at the Sestri Ponente (Genoa) yard. During the event, Virgin Group Founder Sir Richard Branson and Virgin Voyages President and CEO Tom McAlpin, welcomed by Giampiero Massolo and Giuseppe Bono, Chairman and CEO of Fincantieri, also revealed the name of the first ship currently under construction at the yard: Scarlet Lady, inspired by the name of one of the first aircrafts to fly for the sister company Virgin Atlantic. 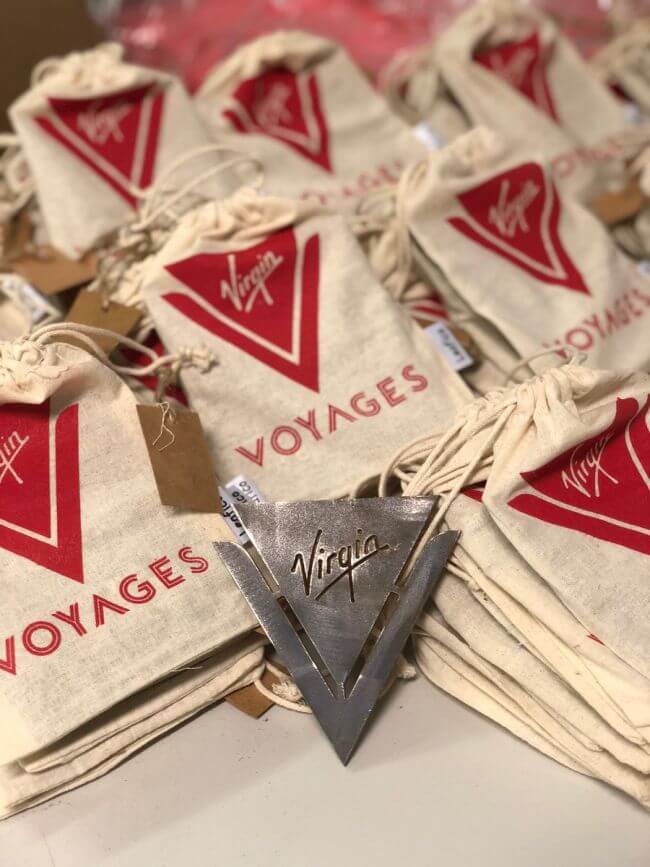 Virgin Voyages second ship, as its sister ships, will weigh about 110,000 gross tons, be 278 meters long and 38 wide, with delivery scheduled in 2021, while “Scarlet Lady” will set sail in 2020 and the third in 2022. They will feature over 1,400 guest cabins that can host more than 2,700 passengers, accompanied by 1,150 crew members on board to deliver the famed Virgin service.

The development of Virgin Voyages ships will stand out for their design as well as for their particular attention to energy recovery, featuring cutting-edge alternative technologies that reduce the ship’s overall environmental impact. For example, their ships will be equipped with an energy production system of approximately 1 MW, which uses the diesel engine’s waste heat. While at the shipyard, Virgin Voyages also announced that they are eliminating single-use plastics for their guests and replacing them with recyclable and reusable materials.

Fincantieri has built 85 cruise ships from 1990 to today (62 from 2002), while other 47 are currently being designed or built in the Group’s yards.