FESCO Transportation Group (“FESCO”, the “Group”) launches the project “From Pusan to Moscow in 15 days”, another initiative aimed to reduce delivery time from Asia to Russia via the Far East. Test shipment was successfully completed in April; one 40′ high-cube container with electronic goods were delivered for Samsung Group from Busan to Moscow in 15 days while current average transit time on this route is 21-23 days. 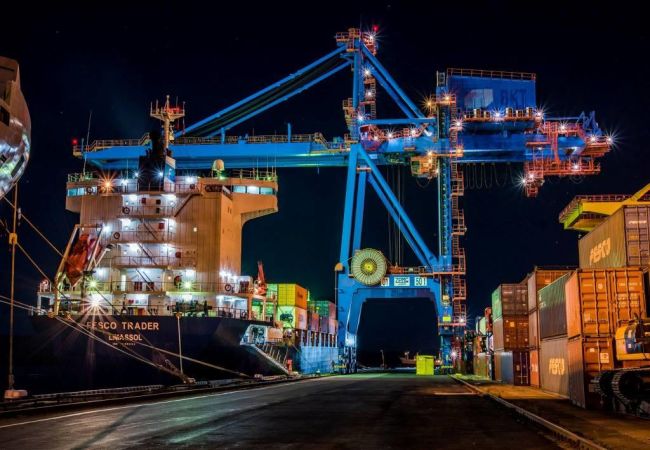 The fast delivery project is scheduled to be started officially on June 1, when the service becomes available for clients. Reduction of delivery time is achieved by streamlining separate links of the intermodal chain, as well as by building a pass-through technology, that is improving interaction between different types of transport. Transit time from Busan to Vladivostok is 2 days; idle hours in port is reduced by two days to three days by improving the pass-through technology at junction port-railway; speed of rail transportation on route Vladivostok-Moscow – by 5 days to 10-11 days.

The system of preliminary informing implemented in the Commercial Port of Vladivostok allows reducing the time of customs clearance to few hours. Standardization of documentation and information flow, automation of interactions between all participants of transportation made FESCO services more attractive for customers both in the Republic of Korea and in Russian Federation.

“From Busan to Moscow in 15 days” is a part of the initiative intended to expand the network of FESCO’s regular and fast routes using its own services from the Asia-Pacific region to Russia via the Far East. “From Shanghai to Moscow in 20 days” launched in January 2017 became the first in the row. The delivery time for the more than 40% of cargoes on this route is under 20 days now and for 30% – under 21-25 days depending on the time of customs clearance decided by clients.

In April 2018 FESCO announced the launching of “Direct Route” (Hayamichi, はやみち【早道】), a new regular service providing fast delivery for containers transported from seaports of Japan to Moscow via the Commercial Port of Vladivostok. FESCO reduces delivery time from Japan to Moscow from ~27 days to ~20 days depending on port of dispatch by streamlining end-to-end transportation, e.g. transit time from the port of Toyama to Moscow is 15 days.

‘Viking Sun’ Becomes First Cruise Ship To Be Named On The Bund, Shanghai

Polarcus To Produce Largest Man-Made Moving Object On Earth
Want to share your tips and advice? Got questions? Visit the community forum to ask questions, get answers, meet people, and share your tips!