“New discoveries in this world-class basin have the potential to support additional developments,” said Mike Cousins, senior vice president of exploration and new ventures at ExxonMobil. “Our proprietary full-wave seismic inversion technology continues to help us better define our discovered resource and move rapidly to the development phase.”

The Liza Phase 1 development achieved first oil on Dec. 20, 2019 and will produce up to 120,000 barrels of oil per day utilizing the Liza Destiny floating production storage and offloading vessel (FPSO). 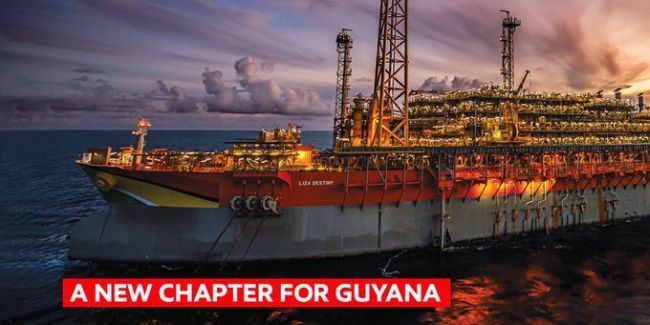 The Liza Unity FPSO, which will be employed for the second phase of Liza development and will have a production capacity of 220,000 barrels of oil per day, is under construction and expected to start production by mid-2022.

Pending government approvals and project sanctioning of a third development, production from the Payara field north of the Liza discoveries could start as early as 2023, reaching an estimated 220,000 barrels of oil per day.

Drilling activities in Guyana continue with four drillships to further explore and appraise new resources as well as develop the resources within approved projects.