Less than six months after the inauguration of the Expanded Panama Canal, the waterway welcomed its 500th transit of a Neopanamax ship on Wednesday, highlighting the trust that Canal customers have placed in the route.

Performing the 500th transit was the container vessel YM Unity, which first began its passage through the Cocoli Locks in the Pacific and then headed north towards the Agua Clara Locks. Built in 2006, the YM Unity (of the Yang Ming Marine Transport Corporation) measures 335.7 meters in length and 42.8 meters in beam and has a carrying capacity of 8,200 TEUs. The ship is traveling from Asia and will stop at Colon Container Terminal in Panama before heading to U.S. ports. 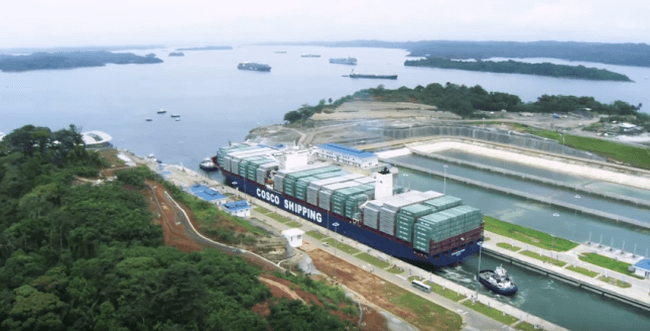 A number of major liners have rerouted their service to the Canal since the expansion opened for business to take advantage of the significant time savings the new waterway provides. As of this month, ten Neopanamax liner services are being deployed through the Panama Canal.

“Weâ€™re increasingly optimistic from what weâ€™ve seen with these traffic patterns because they show that our customers are finding real value in the routeâ€”not just in the time savings it offers; but in the efficient, reliable, and safe service we provide; and the growing port and transshipment options weâ€™re making available to them,” said Panama Canal Administrator Jorge L. Quijano.

“Looking forward, weâ€™re taking steps to enhance Panamaâ€™s shipping infrastructure so that we can provide an even more holistic set of offerings to shippers and their cargo, and further strengthen the countryâ€™s position as the logistics hub of the Americas,” he said.

In addition to the YM Unity, four other ships transited today through the Expanded Canal on Wednesday. The YM Unity was the first and marked the 500th transit; the other ships included an LNG and LPG vessel, a bulk carrier, and another container ship.