The death of Jacques R. Saadé, Founding President of the CMA CGM Group, roused an emotional response within the Group, in the entire maritime transportation industry and beyond. An exceptional tribute was paid to him on Friday, June 29, during his funeral. 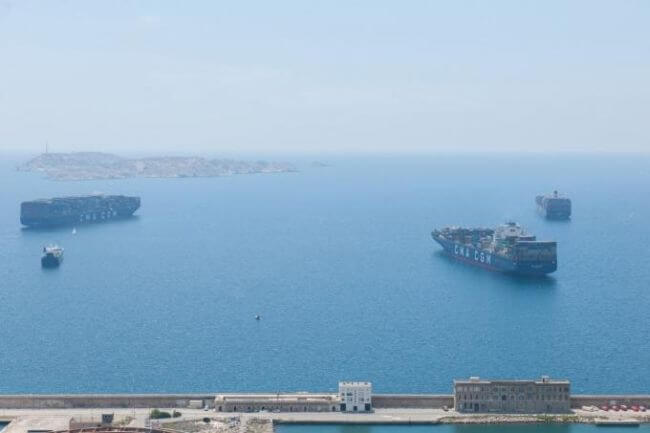 Tribute from the French Government and local authorities

Tribute from the Lebanese Government

In addition, the 30,000 associates of the Group observed a minute of silence in the 755 agencies implemented in 160 countries in which the CMA CGM Group operates.

Tribute from the maritime world

In honor of its Founding President, five CMA CMG Group vessels anchored in the Bay of Marseilles in front of the Cathedral, the CMA CGM MARCO POLO (16,022 TEU), the CMA CGM LEO (11,388 TEU), the AKNOUL (RORO ship), the MONT VENTOUX (RORO ship) and the APL GWANGYANG (10,106 TEU).

All CMA CGM Group’s vessels worldwide sounded their horns at midday in tribute to the visionary entrepreneur who made the CMA CGM Group a global leader in maritime transport.

To honor the memory of Jacques R. Saadé and the leading role he played in the transformation of maritime transport and French maritime economy, all ships present in French ports also sounded their horns as a sign of tribute and respect.