On 8th September, 2019 Golden Ray, a 656-foot South Korean cargo owned by Hyundai Glovis was carrying 4,000 vehicles when it capsized a little away from the coast of Georgia.

In a recent statement, the ship’s crew members admit that there was nothing wrong with the vessel until it overturned in the St. Simons Sound. A year later, the ship lays partly submerged off St. Simons Island.

Investigations that concluded on 22nd September, 2020 have found no evidence pointing at the failures in vessel’s safety equipment, communications equipment or machinery that might have caused the cargo to overturn.

Golden Ray’s captain Gi Hak Lee, and Brunswick’s harbour pilot Jonathan Tennant, who was steering the ship testified in the court that the vessel overturned without any warning.

Jonathan Tennant with 20 years of experience said, “Everything was just as normal as could be, until it capsized, it’s an unexplainable situation that I’ve never experienced as a captain.” The ship was supposed to be cut into eight chunks and be hauled away by barges but due to the weather and COVID-19 crisis, the plan is on pause. 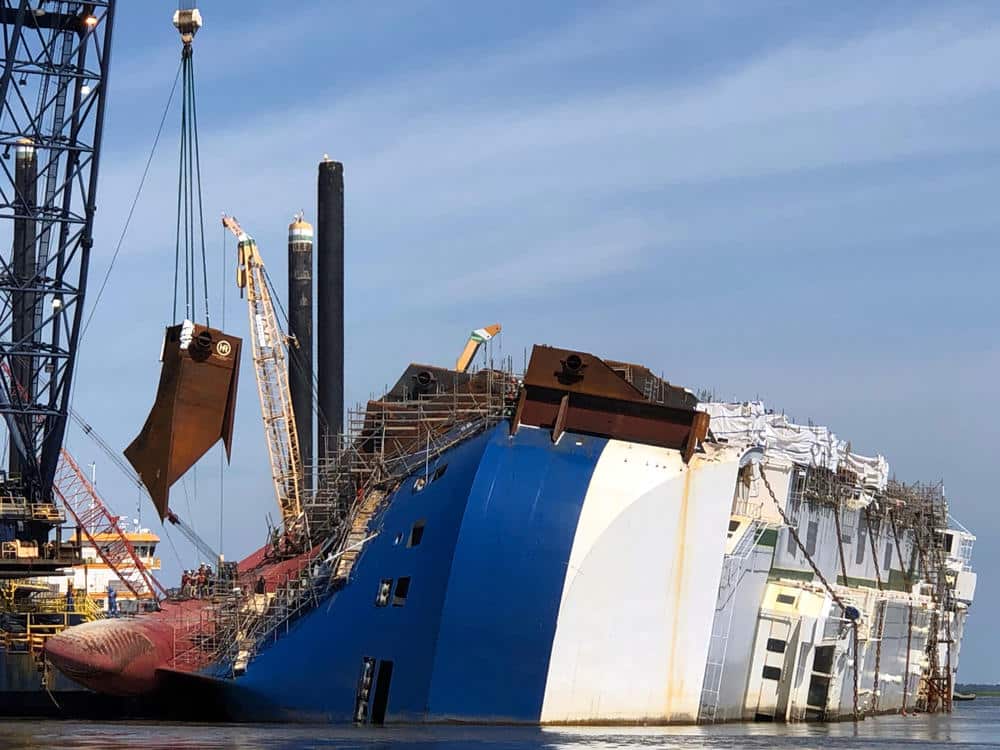 Clifton Gorden, a tugboat captain testified in the court that everything seemed normal “there was no swaying back and forth when he moved his rudder. Usually, I can see a little bit of that. It was just smooth travel out of the narrow channel into Turtle River.”

Mike Mavrinac, the operations manager for Hyundai Glovis admitted, “we did have some tighter space, and we added some additional cargo downstairs on the main deck, deck five.”

Coast Guard naval architect explained the vessel was loaded heavily on the topside, due to which the centre of gravity of the vessel about 4,200 cars was too high without enough ballast below to counterbalance it. Twenty-four crew members aboard were rescued with no casualties.

A complete report on the findings of the investigation will be published by next year, with recommendations aimed at improving safety.