On Friday 25 November 2016, the European Council extended Operation Atalanta’s mandate to deter, disrupt and repress acts of piracy off the coast of Somalia, until 31 December 2018.

Operation Atalanta’s two-year mandate extension comes amidst concerns within European Union Member States that whilst pirate attacks on merchant ships transiting the Gulf of Aden and Indian Ocean are currently suppressed, pirates still have the intent and capability to go out to sea and mount an attack. 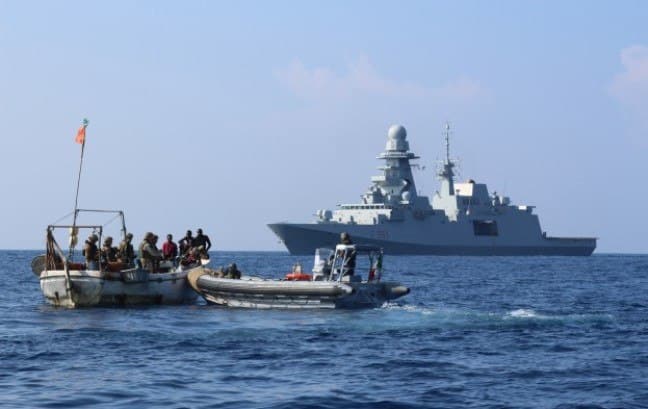 The most recent pirate incident occurred on 22 October 2016, when a chemical tanker, CPO Korea, was attacked by six armed men 330 nautical miles off the east coast of Somalia. The attack was confirmed after a thorough investigation into the incident.

EU Naval Force (EU NAVFOR) (Somalia) was launched in December 2008 following a surge in piracy attacks in the Gulf of Aden and Indian Ocean. At the same time, the World Food Programme (WFP) was increasingly concerned about the safety of its much-needed humanitarian aid deliveries to Somalia.

Since then EU NAVFOR warships and maritime protection teams have escorted over one million tonnes of humanitarian aid for the Somali people and, together with their international partners, have helped to reduce pirate incidents significantly. At the height of piracy in January 2011 over 700 hostages and 32 vessels were being held by Somali pirates, with huge ransoms demanded for their release. Today, no vessels or hostages are being held by Somali pirates.

As part of Operation Atalanta’s mandate, EU NAVFOR crews also assist sister EU missions and instruments working within Somalia and the wider region to strengthen maritime domain awareness, security, local governance and the rule of law. A recent example of this was the maritime training that EU NAVFOR sailors and marines provided to the Bosasso Port Police, in close partnership with a team from EU mission, EUCAP Nestor.

In the coming year, EU NAVFOR commanders will be working with regional partners and the shipping industry to look at what measures will need to be put in place beyond December 2018 to ensure that Somali-based piracy remains suppressed.