ECSA finds it very alarming that Italy recently refused a humanitarian ship to disembark rescued persons in Italian ports. The passengers included children, pregnant women and persons needing medical assistance. It should have been ensured that these people received the care they needed as soon as possible. 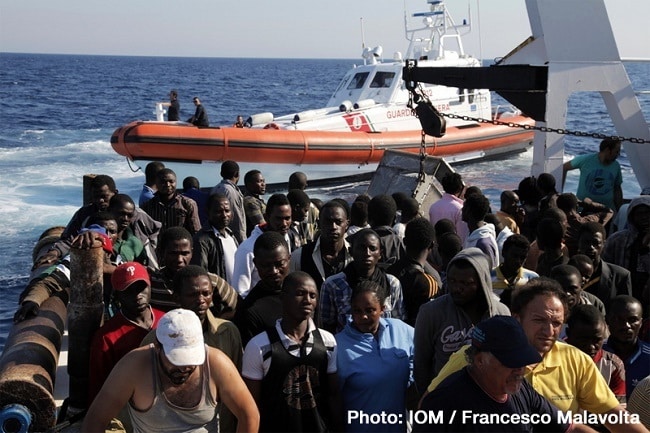 “We realise that Mediterranean states like Italy, Spain and Malta have been under huge pressure in the past years receiving so many migrants and the burden of incoming migrants should be better shared”, said ECSA Secretary General Martin Dorsman. “However, we find it inacceptable that ships carrying migrants are turned away from ports. Also merchant ships can be called upon for assisting with the rescue of migrants. In accordance with international conventions, the Captain has a legal obligation to help people in distress at sea, and will of course honour these commitments when needed. However, commercial ships are not equipped neither are the crews trained to undertake large-scale rescues or keep migrants on board for long time,” he concluded. The certainty that migrants can be disembarked as soon as possible is crucial for the safety and well-being of the migrants and the seafarers.

The shipping industry is directly affected by migrants at sea. Whereas the number of migrants rescued from the sea has gone down from the peak-year of 2015, merchant vessels are still often involved in the Search and Rescue (SAR) operations in central, western and eastern Mediterranean.

Photos: Ship Captain Arrested In Cartagena For Illegal Transportation Of Migrants
Rescue Vessels Pulls Out About 450 Migrants From Boat Off Tunisia
Video: More Than 70 Migrants On a Rescue Ship Jump Into Sea in Frustration
ECSA & ETF Call EU To Coordinate For Solidary Solution Of Rescued Migrants On Board Maersk Etienne