The Commission is concerned that the merger may reduce competition in various global cargo shipbuilding markets.

Executive Vice-President Margrethe Vestager, responsible for competition policy, said: “Cargo shipbuilding is an important industry for the European Union. Maritime transport represents a substantial portion of the EU’s internal and external freight trade, with European shipping companies regularly purchasing vessels from DSME and HHIH, two of the leading cargo shipbuilders in the world. This is why we will carefully assess whether the proposed transaction would negatively affect competition in the construction of cargo ships, to the detriment of European consumers.” 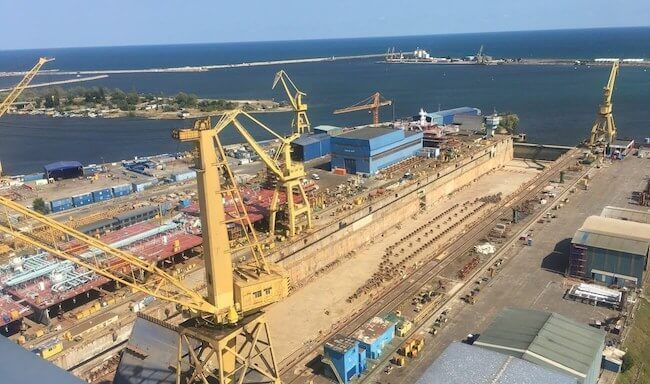 Cargo shipbuilding is an important industry for the EU. Maritime transport represents about 30% of EU internal freight trade and 90% of EU external freight trade. European shipping companies are major customers of DSME and HHIH and represent 30% of worldwide demand for cargo ships.

Following its preliminary market investigation the Commission has concerns that the proposed transaction may remove DSME as an important competitive force in the following markets: (i) large containerships, (ii) oil tankers, (iii) liquefied natural gas (LNG) and (iv) liquefied petroleum gas (LPG) carriers. The Commission has concerns that the remaining shipbuilders would not exert sufficient competitive pressure on the merged entity in the four markets concerned by the transaction. It also has concerns that the customers would not have sufficient bargaining power to constrain the merged entity.

The Commission has also identified high barriers to entry in these markets, residing mainly in the know-how, track-record, and in some cases in mastering the relevant technology.

Therefore, at this stage, the Commission has concluded that it is unlikely that a timely and credible entry from other shipbuilders would counteract the possible negative effects of the transaction. The transaction may therefore significantly reduce competition in the market for cargo shipbuilding, which could lead to higher prices, less choice and reduced incentives to innovate.

The Commission will now carry out an in-depth investigation into the effects of the proposed transaction to determine whether it is likely to significantly impede effective competition.

The transaction was notified to the Commission on 12 November 2019. DSME and HHIH have decided not to submit commitments during the initial investigation to address the Commission’s preliminary concerns. The Commission now has 90 working days, until 7 May 2020, to take a decision. The opening of an in-depth investigation does not prejudge the outcome of the investigation.

HHIH is a privately held South Korean company that is mainly active in shipbuilding. It produces a range of commercial vessels, marine engines and offshore facilities used to explore, produce and process oil and gas under the sea.

DSME is a South Korean company that is also mainly active in shipbuilding. It produces a range of commercial vessels and offshore facilities. Its majority shareholder and the seller in the proposed transaction is the Korea Development Bank (“KDB”).

The Commission has the duty to assess mergers and acquisitions that have been referred to it by EU Member States and to prevent concentrations that would significantly impede effective competition in the EEA or any substantial part of it.

The vast majority of notified mergers do not pose competition problems and are cleared after a routine review. From the moment a transaction is notified, the Commission generally has 25 working days to decide whether to grant approval (Phase I) or to start an in-depth investigation (Phase II).