We see this as a sign that our customer OOCL is very happy with the performance of the container terminal.” The “OOCL Germany” is the second in a series of six ships in OOCL’s G class. We already welcomed her sister ship, the “OOCL Hong Kong”, at EUROGATE Container Terminal Wilhelmshaven on 2 July. 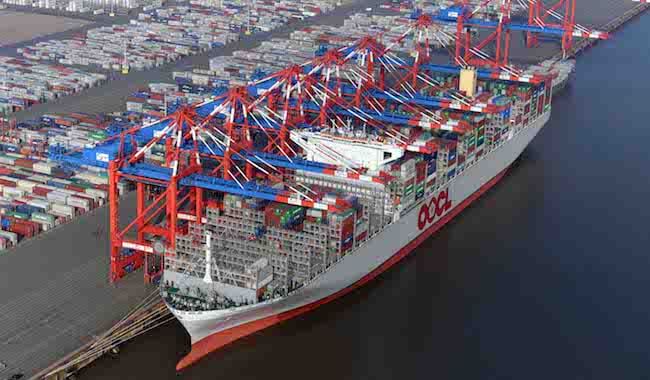 The “OOCL Germany” operates on the Asia-North Europe Loop 1 (LL1) and departs from Wilhelmshaven for Felixstowe on Monday night. 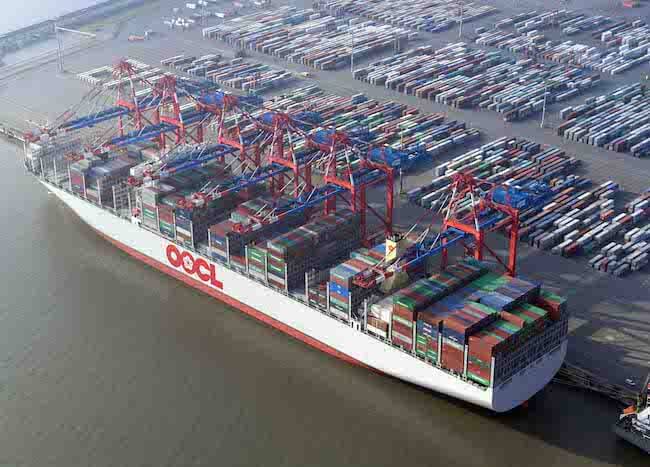 In a fitting welcome, EUROGATE employees had arranged containers on the container stowage area near the berth of the “OOCL Germany” to form the number “21,413”. 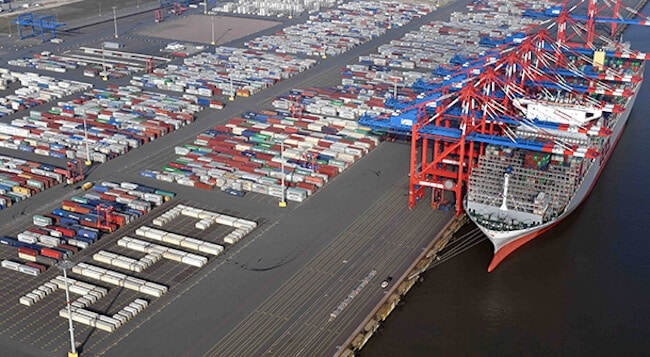 EUROGATE Container Terminal Wilhelmshaven is Germany’s only deep-water port. Ultra-large container vessels can dock and depart here at all times independently of the tides or weather conditions. Wilhelmshaven offers large alliances like the “Ocean Alliance” many advantages that go beyond tide-independent accessibility. The port has been planned to modern standards, offers plenty of space for ensuring smooth processes, has congestion-free connections to the hinterland and is the nearest German seaport to North Rhine-Westphalia with its strong external trade links.