You are here: Home › Shipping News › EU To Include Ships’ Emissions In Its 2030 Climate Target
TwitterFacebookLinkedInPinterestBuffer

The pressure on Europe to take action on shipping’s climate emissions is building after the International Maritime Organisation (IMO) decided last month to delay by at least a further seven years any decision on a global agreement to cut greenhouse gas emissions (GHG) from ships. Leading members of the European Parliament called the delay an abject failure by national governments and the shipping industry.

The IMO, the UN’s shipping body, first established a work plan on ship GHGs in 2003, which saw some progress on the identification and analysis of potential global market-based mechanisms until the work was stopped abruptly in 2011. The IMO environment protection committee last month decided to create a fresh process for more talks. This is despite the Paris climate agreement’s call for urgent action to limit global warming at 1.5/2°C. Shipping is a fast-growing source of greenhouse gases, and is projected to account for 17% of global emissions by 2050 if left unabated. 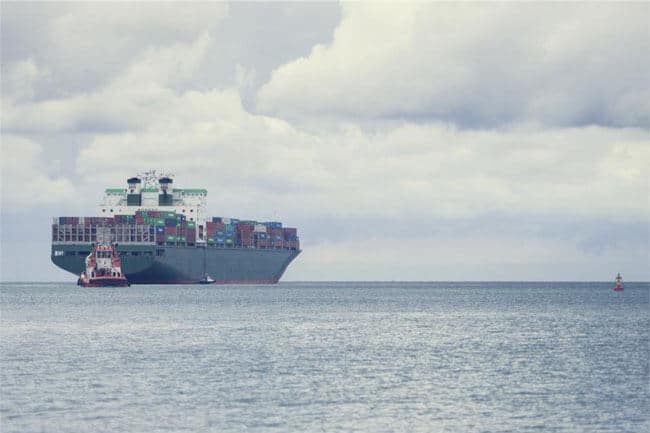 Governments also abandoned a review of ship efficiency targets until 2018 at the earliest, turning down an easy opportunity to act on climate change, T&E said. The Energy Efficiency Design Index (EEDI), regulating the energy efficiency of new ships, was agreed in 2011 but subsequent analyses showed it to be ineffective with many new ships already on the waters exceeding 2020 and even 2025 targets by a wide margin. But despite a majority of countries wanting to review its stringency, any work to do so is unlikely to proceed before 2018.

However, after a week of the IMO stalling on climate action, three senior members of the European Parliament’s environment committee called on the EU to take the lead on shipping emissions in Europe, and to maintain the EU’s own law on the transparent collection and reporting of CO2 emissions data (the EU MRV).

Socialist (S&D) MEP Jytte Guteland, shadow rapporteur for the revision of the EU’s emissions trading system (ETS), said: ‘The shipping sector must play its role in Europe’s transition to a low-carbon society. But time is of the essence and, in the absence of IMO action, the EU must include ships’ emissions in its 2030 climate target. By setting up a climate fund for shipping, Europe can help industry cut CO2 in a cost-effective way.’

There is already crossparty support for a proposal to include emissions from shipping in the EU’s 2030 emissions reduction target through a maritime climate fund. This would see shipowners purchase ETS allowances from 2021 onwards or pay an equivalent amount into the new fund, which would buy allowances on participants’ behalf, thereby minimising the administrative burden. The fund would also rebate a portion of revenues back to the shipping industry to finance innovative low-carbon technologies to clean up the sector and ports.

Confirmation that the IMO’s own data collection system will remain secret was also criticised. As ship registries compete against each other, measurements of ship efficiency will use proxy data and users will not have access to real numbers. Yet the IMO, which was first tasked with addressing the sector’s climate impact 19 years ago, now wants the EU to dismantle its more transparent and accurate system.

Liberal (ALDE) MEP José Inácio Faria, ex-rapporteur for the EU ship CO2 data collection regulation, said: ‘Calls to dump transparency from the EU system need to be firmly rebutted. The EU must provide citizens, ports and shippers with quality data on individual ship energy performance if market forces are to play a role in decarbonising the sector.’

Green MEP Bas Eickhout, shadow rapporteur for the revision of the ETS, added: ‘Since the IMO will not be considering, let alone proposing, any emissions reduction measures for many years to come, our duty is to make sure that Europe takes action.’

T&E said that despite shipping having escaped an explicit reference in the Paris Agreement, all countries are now legally bound to pursue efforts to limit a temperature increase well below 2°C, and that means countries regulating shipping emissions. T&E shipping director Bill Hemmings said: ‘The longer the shipping industry delays climate measures, the steeper the emission cuts will have to be to keep within the world’s rapidly shrinking carbon budget.’