The European Union (EU) has suspended its search-and-rescue sea patrols that have helped to rescue thousands of refugees and migrants attempting the dangerous Mediterranean crossing into European waters, often in overcrowded and unseaworthy boats.

The patrols, set up under Operation Sophia in 2015 when 3,771 people died or went missing attempting the crossing, has been halted for six months after objections from Italy’s new government, which has denied entry to refugees and migrants rescued from the Mediterranean.

Italy’s refusal to accept rescued refugees and migrants has put pressure on Libya to take back those people setting out from its shores. 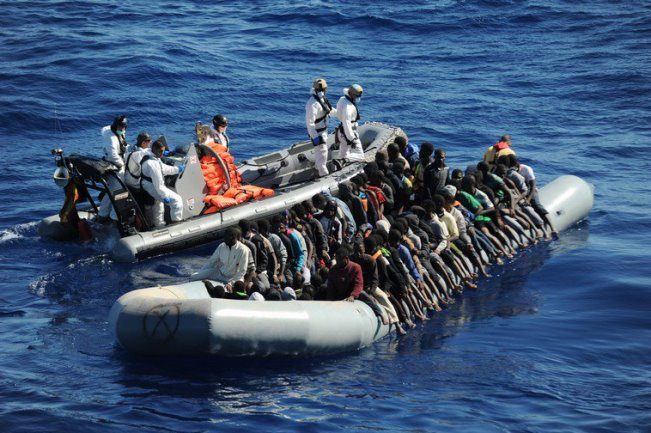 In a dramatic development, a small tanker that had rescued 108 people from the Mediterranean was hijacked by some of these people after it continued on its destination to Libya. Armed forces from Malta went to the aid of the Turkish-owned, Palau-flagged El Hibru 1 and escorted it to Malta, where the police arrested five men.

In a further development, both Italy and Malta refused entry to a German humanitarian aid ship, the Alan Kurdi, carrying 64 migrants rescued off Libya. A further 90 people are feared missing from two small boats. Sea-Eye, the organisation that runs the rescue ship, dismissed Italy’s interior minister Matteo Salvini’s suggestion that it should return the migrants to its base of Hamburg, a four-week journey from the Mediterranean.

Rescue Vessels Pulls Out About 450 Migrants From Boat Off Tunisia