The European Commission has cleared under the EU Merger Regulation the proposed acquisition of United Arab Shipping Company (“UASC”) by Hapag-Lloyd of Germany, subject to conditions. Both companies operate in the container liner shipping sector.

The clearance is conditional on the withdrawal of UASC from a consortium on the trade routes between Northern Europe and North America, where the merged entity would have faced insufficient competitive constraint.

Commissioner Margrethe Vestager, in charge of competition policy, said: “European companies rely on container liner shipping services for their transatlantic shipments. It’s very important that the markets remain open.The commitments offered by Hapag-Lloyd ensure that the takeover will not lead to price increases on the routes between Northern Europe and North America.” 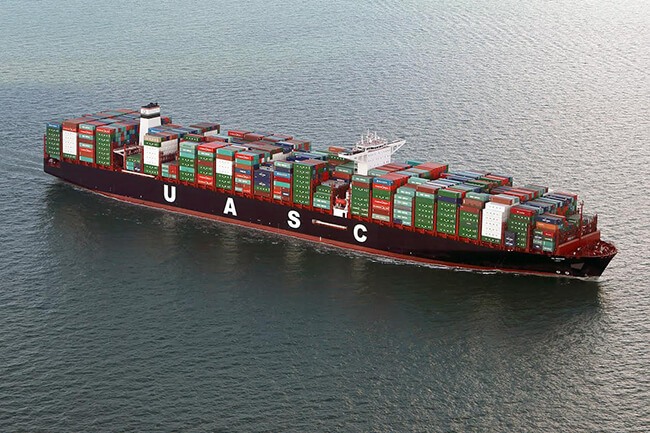 The transaction leads to the combination of two competitors in the container liner shipping business and will create the fifth largest container liner shipping company worldwide. Like several other carriers, UASC and Hapag-Lloyd offer their services on trade routes mainly through cooperation agreements with other shipping companies, known as “consortia” or “alliances”. Consortia and alliance members decide jointly on capacity setting, scheduling and ports of call, which are all important parameters of competition. The Commission examined the effects of the merger on competition in the market for container liner shipping on thirteen trade routes connecting Europe with the Americas, the Middle East, the Indian Subcontinent, the Far East, Australia, New Zealand and West Africa, as well as Northern Europe with the Mediterranean.

The Commission found that the merger, as initially notified, would have created links on the Northern Europe – North America trade routes between the consortia and alliances in which Hapag-Lloyd is a member and the NEU1 (ex-Pendulum) consortium, in which UASC is a member. As a result, through the consortia and alliances it would belong to, the merged entity could have influenced capacity and prices on a very large part of those markets, to the detriment of customers and, ultimately, consumers. The Commission had concerns that on those routes, the merged entity would have faced insufficient competitive constraint from rival companies.

The transaction also creates limited vertical links between the companies’ activities in container liner shipping services and the following services, where Hapag-Lloyd or its controlling shareholders are active: (i) container terminals, (ii) inland transportation, (iii) freight forwarding, and (iv) harbour towage. However, the Commission found no competition concerns in these areas, in particular because several other service providers are active in these markets.

In order to address the Commission’s competition concerns, Hapag-Lloyd offered to terminate the participation of UASC in the NEU1 consortium. This will entirely remove the additional link between Hapag-Lloyd’s and UASC’s consortia, that the transaction would have created on the Northern Europe – North America trade routes. As a result, the merged entity’s position on these trade routes will be comparable to that of Hapag-Lloyd today.

The Commission therefore concluded that the proposed transaction, as modified by the remedies proposed, would no longer raise competition concerns. The decision is conditional upon full compliance with the commitments.

The transaction was notified to the Commission on 3 October 2016.

Hapag-Lloyd offers global transport services for containerised cargo under the Hapag-Lloyd brand through a fleet of approximately 170 container ships. On the Northern Europe – North America trade routes, Hapag-Lloyd is a member to the G6 Alliance, together with Nippon Yusen Kaisha (“NYK”), Orient Overseas Container Line (“OOCL”), American President Lines / Neptune Orient Lines (“APL/NOL”), Hyundai Merchant Marine (“HMM”) and Mitsui OSK Lines (“MOL”) as well as in the SLCS consortium together with OOCL and the SLCS-MSC consortium together with OOCL and Mediterranean Shipping Company (“MSC”). As of 2017, Hapag-Lloyd and UASC intend to join THE Alliance, which will also operate on the Northern Europe – North America trade routes.

The Commission has the duty to assess mergers and acquisitions involving companies with a turnover above certain thresholds (see Article 1 of the Merger Regulation) and to prevent concentrations that would significantly impede competition in the EEA or any substantial part of it.

The vast majority of notified mergers do not pose competition problems and are cleared after a routine review. From the moment a transaction is notified, the Commission generally has a total of 25 working days to decide whether to grant approval (Phase I) or to start an in-depth investigation (Phase II).