On December 14, the European Parliament has voted on the report of Knut Fleckenstein (photo) on the port Regulation and approved with a large majority (546 votes in favour, 140 against, 22 abstentions) the agreement reached in that respect with the Commission and Council last summer. This vote makes an end to the Port Package saga that started 15 years ago.

“The vote today must be seen as a historical moment. We would like to congratulate the Parliament, the Commission and the Council for achieving this result after so many years of discussion. We are mostly grateful to the rapporteur and the shadow rapporteurs who have demonstrated a lot of understanding for the specificity of the port sector as reflected during the debate on Monday. Their work has made it possible to find a common ground for this legislative text. We can now finally turn this page and work on the many challenges European ports are facing today, in particular, the trade facilitation agenda, decarbonisation, investments in ports and their hinterland connections”, says Isabelle Ryckbost, ESPO’s Secretary General in reaction to today’s vote. 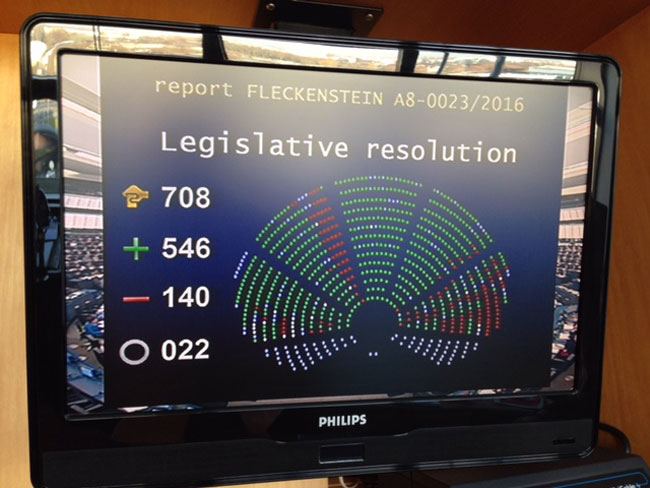 The European Sea ports Organisation (ESPO) considers the final text as an acceptable compromise. The final compromise is, in many ways, a significant improvement on the original Commission proposal of May 2013. European ports welcome in particular:

The decision not to enlarge the scope of the directive on the award of concession contracts 2014/23/EU through this regulation.

ESPO however regrets that national governments have not shown more ambition in moving towards a clear framework for port authorities to set their own charges and develop their own financial strategy. European ports believe that the plea for less public funding for ports can only be realised if port authorities can manage themselves their financial situation and decide how to structure and optimise their income.

Even if the final text of the Regulation will be giving port authorities in Europe the possibility to determine the level and structure of the port infrastructure charges and to enter into individual negotiations with their customers, it remains to be seen to what extent national governments may limit this negotiating power of port authorities by setting general requirements within their national ports policy. ESPO hopes though that, through this Port Regulation, Member States will realise that giving port authorities the power to negotiate and to develop their own charging policy is the best way to enhance the competitiveness of European ports and the level playing field amongst them.

You can find the final agreement here.