The shipping sector has witnessed an unprecedented growth of 35 per cent in the number of Indian seafarers employed on Indian or foreign flag vessels this year. The figure rose from 154349 in 2017 to 208799 in 2018. Along with this, the number of students placed for onboard training also increased from 14307 last year to 19545 this year, showing a jump of nearly 37 per cent. 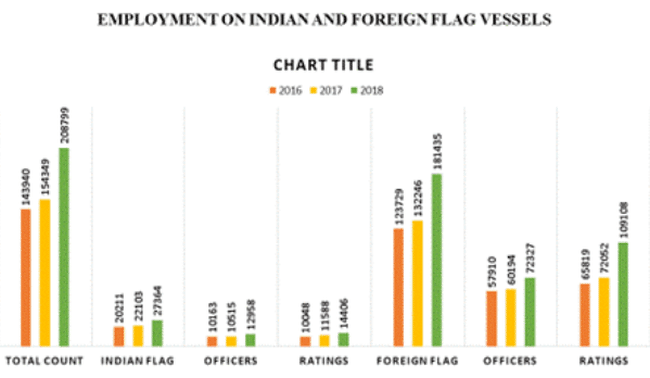 This phenomenal growth in the number of Indian seafarers has been possible due to a series of measures taken by the Government in the last four years to improve the standards of maritime training, increase onboard training opportunities, improve the examination and certification system and facilitate ease of doing business. 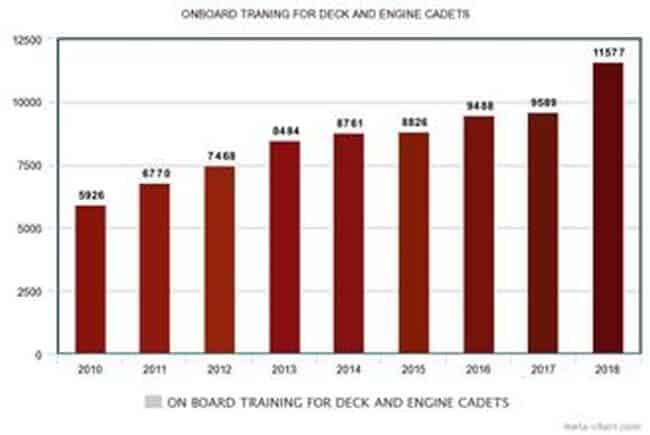 The training curriculum for the officers and the ratings were revised in 2016 not only to meet the global standards but also to meet the expectations of the foreign employers. To regulate the training institutes working in private sector, a system of ‘Comprehensive Inspection Programme’ (CIP) was designed to assess the quality of the institute on various parameters such as infrastructure, quality of students’ intake, quality of faculty, pedagogy, performance in examination, onboard training and placement of students. An e-learning module was prepared to standardize the course material of these institutes, and provided free of cost to all Indian seafarers to allow them to upgrade their knowledge and skills before appearing for the examination. To ensure increase in the supply side, a 15-year-old ban on setting up of new training institutes or increasing the capacity of the existing training institutes was lifted with certain conditions. 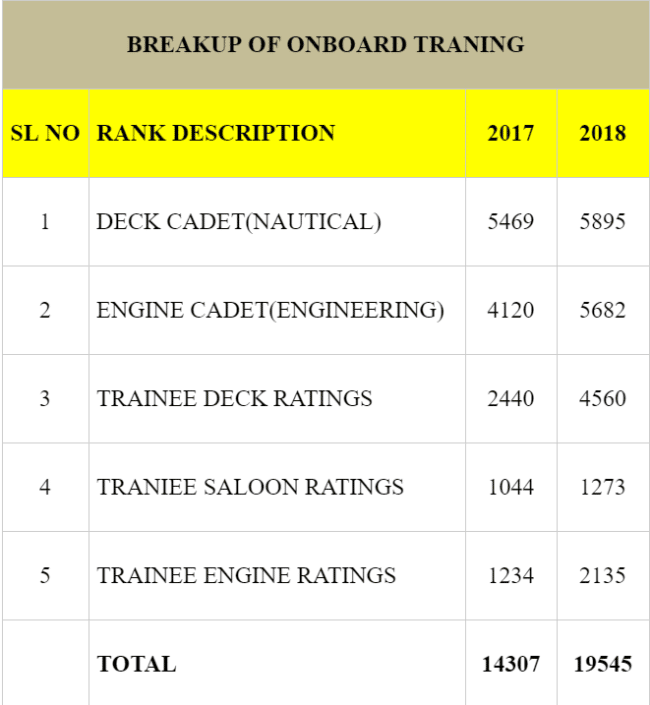 A policy shift was made by holding the training institutes responsible for onboard ship training of the students also and not only for the classroom training. To release more onboard ship training slots, it was decided to allow onboard training of officers and ratings on tugs and offshore vessels also. These two initiatives have opened an additional berth for nearly 4000 trainees. 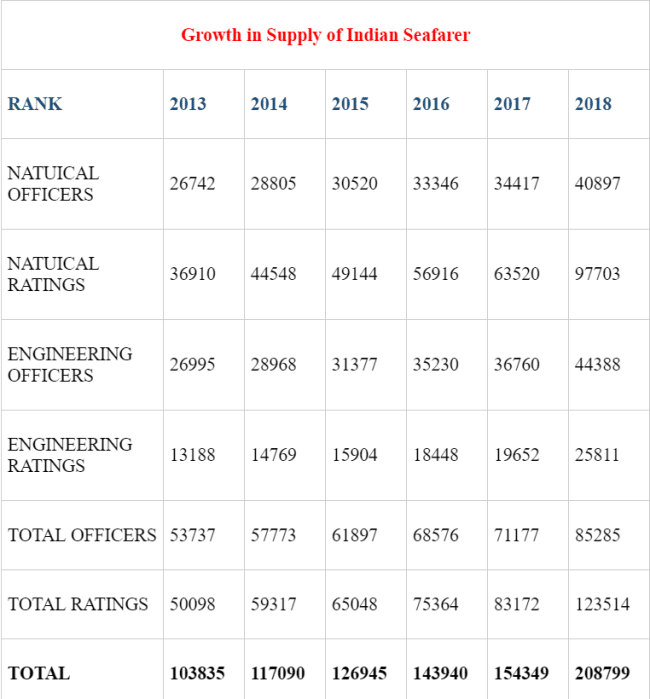 Major regulatory relaxation was brought for obtaining Indian Continuous Discharge Certificate (CDC) which is a pre-requisite for employment on vessels. A new liberalized CDC regime was introduced in 2017 which allowed 10th pass Indian citizens who had completed a 14-day basic maritime course to obtain Indian CDC. Earlier, they were required to complete at least 6 months training for obtaining CDC. Many seafarers having past experience in sailing have succeeded in procuring Indian CDC. More than 70,000 CDCs have been issued under new rules in the year 2018-19 itself.