€45.6 billion or 6.2% of the added value of the Netherlands is due to the Port of Rotterdam. This emerged in ‘The Rotterdam effect – Impact of Mainport Rotterdam on the Dutch economy’ study conducted by Erasmus University Rotterdam (EUR), commissioned by the Port Authority.

This means that the Port of Rotterdam contributes twice as much to the gross domestic product than previously calculated. Traditionally, when determining the economic significance of the port, only direct employment and added value were measured, including the so-called backwards indirect effects. These backwards effects are the added value that is a consequence of port companies purchasing elsewhere in the Dutch economy. 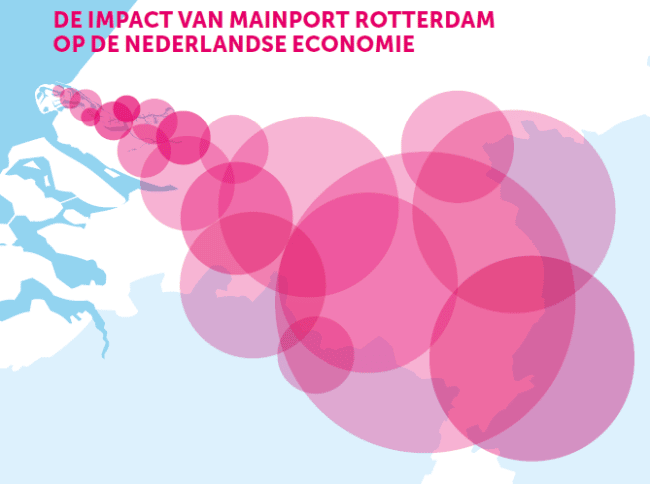 Another important finding in the report is that the future earning capacity of the port is healthy, certainly in the context of digitisation and energy transition, with strong growth possibilities for the maritime manufacturing industry and maritime business services in Rotterdam.

Allard Castelein, Port of Rotterdam Authority CEO: “This scientific research is evidence of the tremendous significance of the Port of Rotterdam for the growth of the Dutch economy. The report also demonstrates the robust growth opportunities of the port’s future earning capacity. Both of these core research findings underline the relevance of Mainport Rotterdam. This relevance is set to increase further once the Port of Rotterdam is also capable of contributing to current societal challenges: the further sustainability and digitisation of the Dutch economy.”