Today the European Border and Coast Guard Agency is being officially launched, less than a year after it was first proposed by the Commission.

The launch event takes place at the Kapitan Andreevo Border Checkpoint at the Bulgarian external border with Turkey and includes a presentation of the vehicles, equipment and teams of the new Agency, as well as a press conference attended by Migration, Home Affairs and Citizenship Commissioner Dimitris Avramopoulos, Bulgarian Prime Minister Boyko Borissov, Deputy Prime Minister and Minister of Interior of Bulgaria Rumiana Bachvarova, State Secretary of the Interior Ministry of the Slovak Republic Denisa Sakova, Executive Director of the European Border and Coast Guard Agency Fabrice Leggeri, EU interior ministers and other senior officials. Building on the foundations of Frontex, the European Border and Coast Guard Agency will closely monitor the EU’s external borders and work together with Member States to quickly identify and address any potential security threats to the EU’s external borders. 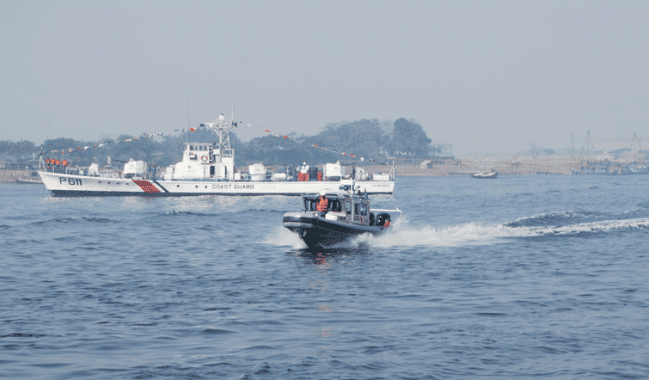 Commissioner for Migration, Home Affairs and Citizenship, Dimitris Avramopoulos, said: “Today is a milestone in the history of European border management. From now onwards, the external EU border of one Member State is the external border of all Member States – both legally and operationally. In less than one year we have established a fully-fledged European Border and Coast Guard system, turning into reality the principles of shared responsibility and solidarity among the Member States and the Union. This is exactly the European response that we need for the security and migration challenges of the 21st century.”

Prime Minister of Slovakia, Robert Fico, holder of the rotating Presidency of the Council, said: “By launching the European Border and Coast Guard, we are creating a new reality at our external borders. This is a tangible outcome of the joint commitment agreed in the Bratislava Roadmap, as well as a practical display of unity among Member States. It will help us to get back to Schengen. The Presidency is determined to help further strengthen the European Border and Coast Guard, as well as translate other commitments from the Roadmap into action.”

Executive Director of the European Border and Coast Guard Agency, Fabrice Leggeri, said: “This is a historic moment and I am very proud to see Frontex become the European Border and Coast Guard Agency. The new Agency is stronger and better equipped to tackle migration and security challenges at Europe’s external borders. Its mandate has wider scope and new powers that will allow it to act effectively. The Agency will conduct stress tests at the external borders to identify vulnerabilities before a crisis hits. It will now also be able to offer operational support to neighbouring non-EU countries who ask for assistance at their border and share intelligence on cross-border criminal activities with national authorities and European agencies in support of criminal investigations. It also has a key role at Europe’s maritime borders through its new coast guard functions.”

Under the new mandate, the Agency’s role and activities have been significantly expanded. The Agency’s permanent staff will be more than doubled and the Agency will be able to purchase its own equipment and deploy them in border operations at short notice. A rapid reserve pool of at least 1,500 border guards and a technical equipment pool will be put at the disposal of the Agency – meaning there will no longer be shortages of staff or equipment for Agency operations. The European Border and Coast Guard will now ensure the implementation of Union standards of border management through periodic risk analysis and mandatory vulnerability assessments.

The European Border and Coast Guard will provide a missing link in strengthening Europe’s external borders, so that people can continue to live and move freely within the European Union – helping to meet Europe’s commitment to get back to the normal functioning of the Schengen area and the lifting of temporary internal border controls by the end of the year, as set out in the Commission’s Back to Schengen Roadmap on 4 March.

Over the next months, the new Agency will be fully rolled out: