Piracy and armed robbery incidents at sea are on the rise, with maritime vessels and their crews under increasing risk from hijacking, robbery and bodily harm. Globally, piracy attacks rose 11% between 2017 and 2018, according to the International Chamber of Commerce (ICC) International Maritime Bureau.

In 2019, ICC Commercial Crime Services reported several incidents in Southeast Asia, near Indonesia, a known hotspot for pirate attacks. In May 2019, seven people armed with knives boarded an anchored bulk carrier to steal the ship’s stores and escaped. Less than a week later, personnel aboard another bulk carrier anchored in Indonesia spotted two robbers, who fled after taking the ship’s engine spares with them. 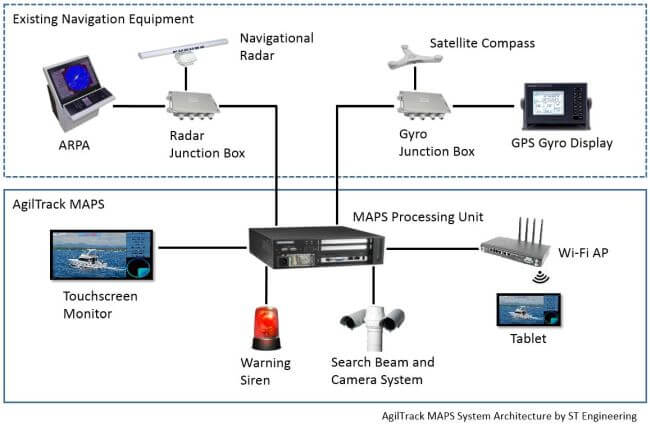 Unfortunately, it’s all too common for criminals to fly under the radar at sea – literally. Their speedboats are typically small, non-metallic, fast and highly maneuverable, making them almost impossible to detect using commercial navigation radars installed on merchant ships. Without sophisticated and costly surveillance radar technology, crews have no early detection system to raise the alarm, often realizing only after their ships have been boarded. To make detection even harder, pirates typically choose to attack at night or during inclement weather when visibility is poor. While some attacks are petty thefts, others could have more severe consequences like the loss of valuable cargo, damage to the ship and even injury or death of the crews. In the worst cases like in Gulf of Guinea or in Nigerian waters, ships have been hijacked and crew members have been kidnapped for ransom.

Aside from these dangers, operators could also face soaring insurance premiums for their ships in high-risk waters.

The need for robust and innovative solutions is more urgent than ever.

To address this malaise, the navigational radar on the ship can be transformed into a powerful anti-piracy surveillance tool with the Track-Before-Detect (TBD) technology embedded in the AgilTrack Maritime Anti-Piracy System (MAPS).

MAPS employs round-the-clock smart mobility tracking and in-depth behavioural analysis to provide early warning against suspicious vessels. Its powerful software engine automatically detects, monitors and tracks small targets, even in noisy and heavily cluttered environments. The intelligent analysis algorithm raises alerts when suspicious behaviour is identified and activates Pan-Tilt-Zoom (PTZ) cameras to track suspect vessels well before they are close enough to mount an attack. MAPS can be integrated with deterrent systems such as search beam, water cannon or long-range acoustic device against the advancing threat. MAPS provides advanced warning, giving precious time for crew members to ready their defences against an impending attack. MAPS also improve navigation safety by warning crew against the risk of collision with vessels directly in the path of the host ship.

The solution is cost-effective and simple to implement as it integrates with the existing shipboard radar and monitoring systems. The system comes with a hardened system (server) and touch screen monitor, with optional search beam and camera system. MAPS can also be monitored from tablets.

In most situations, when pirates know they have been detected, they will abandon an attack. And when human life is at stake, an ounce of prevention is worth a pound of cure.