Daewoo Shipbuilding & Marine Engineering, in cooperation with Busan Port, will collaborate with the Netherlands Port to secure smart technologies for the future.

Daewoo Shipbuilding & Marine Engineering (CEO Sung-Keun Lee) decided to conduct a smart ship-port, autonomous ship-port study with Rotterdam, the Netherlands, which is regarded as the world’s best digital port, for the next three years. It was announced on the 21st that it had agreed to maintain.

Port of Rotterdam is the No. 1 port for autonomous and digital competitiveness evaluated by the OECD, and is regarded as the most automated and digitized port in the world. In particular, even after the recent corona crisis, its operational efficiency has increased by 30%, which has garnered attention worldwide. 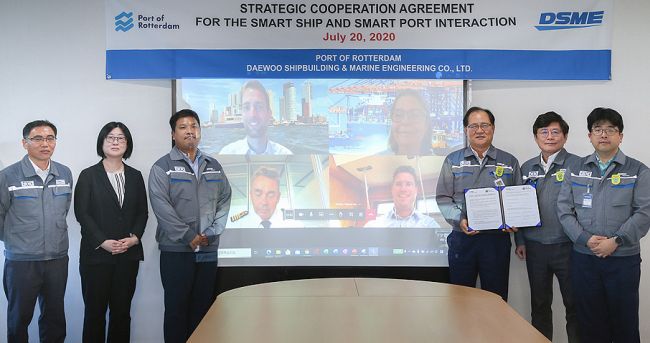 Through this study, the two companies plan to build a smart ship suitable for digital ports and preoccupy the era of autonomous ships to come. In addition, the company will cooperate to realize decarbonization even in response to global environmental regulations, the ultimate goal of both companies.

An official from Daewoo Shipbuilding & Marine Engineering said, “This research cooperation is not just about technology development, but it is planned to verify the relevant research items by applying it to actual ships. Smart ships are expected to improve operational efficiency, safety, and smart ports. It is expected to improve operational efficiency and reduce environmental pollution.”

On the other hand, Daewoo Shipbuilding & Marine Engineering signed a joint development agreement with Busan Port Corporation and Busan Industrial Science and Innovation Agency on the digital twin-based vessel-port smart system for joint research. In particular, the digital twin of the smart port is also included in the top 10 tasks of the Korean New Deal policy, so that it can preempt the related technologies in the future.