During the evening of Sunday 9 October, it is alleged that two missiles, fired from Yemen, targeted US Navy destroyer USS Mason operating in the Bab al Mandeb. Neither missile was successful but, following the attack earlier this month on the HSV-2 Swift, it raises further questions about the security of commercial shipping transiting through the narrow waterway. Although the Houthis have denied being involved in the failed attack, in contrast to their earlier celebration of the attack on the Swift, they have stated an intention to take the necessary measures to protect their forces.

Two attacks against shipping in 8 days in a similar location indicates that this group has the capability and intent to attack shipping in the Strait. While it is possible that the attack was deliberately carried out against a US warship, there is no evidence to prove it. It is equally possible that the Houthis misidentified the USS Mason and the missiles were intended for a coalition warship rather than an American one. 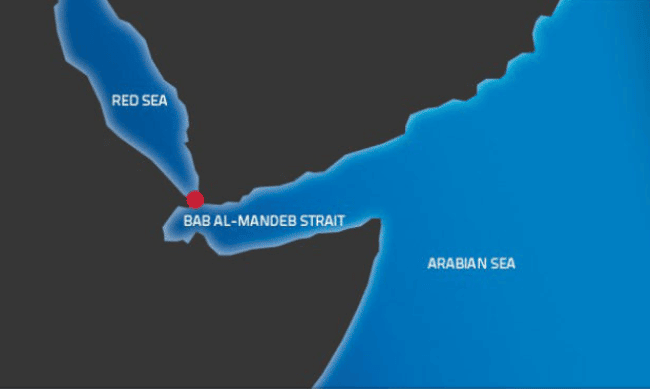 Dryad believes that it is unlikely that the missiles will be deliberately fired at innocent merchant traffic but does not rule out the possibility that a merchant vessel could suffer collateral damage if it happened to be in the vicinity of an attack on a coalition vessel. As we saw from the attack on HSV-2 Swift, the Houthis are willing to target commercial shipping that they believe, rightly or wrongly, to be supporting the coalition and so could hit a vessel that is innocently transiting through the area.

Dryad echoes the advice supplied from the maritime authorities and offers the following recommendations:

Update: Following the publication of this blog on 11/10/2016, new information has emerged regarding the incident involving the USS Mason. Latest media reports state that the USS Mason fired three missiles to defend itself, and the nearby USS Ponce, from a missile attack believed to have been fired by Iran-backed Houthi-forces situated on the Yemeni shore (Source: Media).