More than a dozen rounds of precisely-aimed sniper fire across the bow of a go-fast speedboat as a dramatic six-hour chase across the Caribbean reaches its climax – and more than £40m of cocaine never reaches its destination.

Fourteen bales of illegal drugs were captured in a combined operation by the Royal Navy, Royal Fleet Auxiliary and US Coast Guard in waters between Venezuela and Puerto Rico. 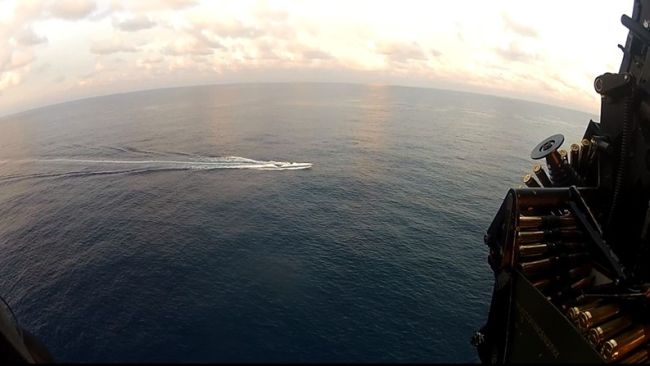 A Royal Marines sniper in the back of a Lynx helicopter from 815 Naval Air Squadron first fired warning shots ahead of the gofast calling on the traffickers to stop and then, when ignored those shots, took out the speedboat’s engines bringing it to a halt.

A specialist team of US Coast Guard Law Enforcement Detachment then boarded the suspect craft and recovered 14 bales of what they believed were illegal narcotics; subsequent tests revealed it to be 350kg cocaine with a wholesale value in the UK of around £14m.

Before the boarding team reached the vessel, the crew were observed ditching several bales overboard; US authorities assessed that 650kg of cocaine worth around £26m was discarded, while the go-fast itself subsequently sank. 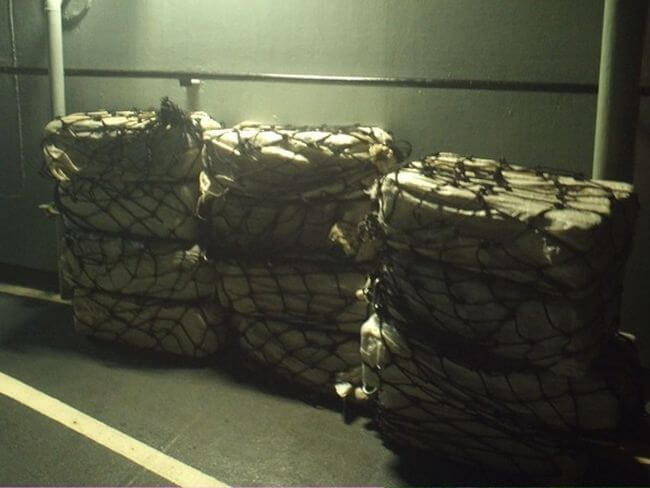 This seizure highlights how effectively the U.S Coast Guard and our Allied partners are working together to disrupt and dismantle the criminal networks that depend on the flow of illicit drugs from South America into the United States, the Caribbean, and Europe
Captain Nigel Budd, RFA

The successful bust was sparked by a maritime patrol aircraft sighting the go-fast and directing RFA Wave Knight to intercept. She responded by bearing down on the speedboat – and launching her helicopter, which no boat could outrun.

The tanker, based in Portland in Dorset, is assigned to Operation Martillo, the international drugs-busting effort across the Caribbean. 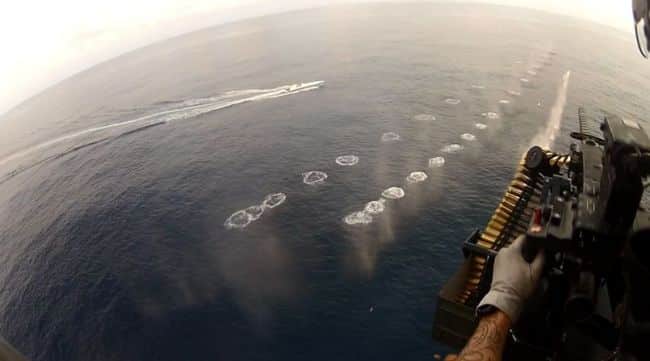 The five crew of the go-fast plus the haul of drugs were later transferred to the US Coast Guard cutter Richard Etheridge and handed over to authorities in Miami Beach.

“This seizure highlights how effectively the U.S Coast Guard and our Allied partners are working together to disrupt and dismantle the criminal networks that depend on the flow of illicit drugs from South America into the United States, the Caribbean, and Europe,” said Captain Nigel Budd RFA, Wave Knight’s Commanding Officer.