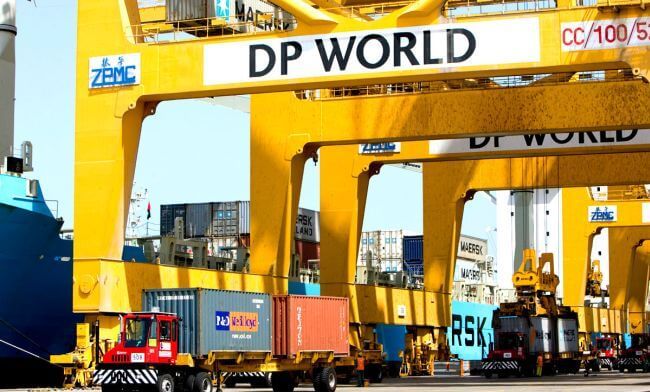 Mr. Bin Sulayem was cited for his visionary leadership of DP World and the industry and his major contribution to the expansion of Dubai’s infrastructure, including ports and free zones, which has supported the economic development of the United Arab Emirates.

DP World Nhava Sheva excelled in the Innovative Product category with the introduction of a new device – a ‘Trailer Twist Lock Arrester’ – that protects drivers by eliminating the need to leave the safety of their cab. It prevents the misalignment of containers by limiting the movement of the twist locks used to hold containers in place on truck trailers. By reducing human involvement it reduces the possibility of drivers getting injured in operational areas.

Sultan Ahmed bin Sulayem, Group Chairman and Chief Executive Officer, DP World, said: “We always aim to add value, think ahead and build a legacy for our customers, our communities and our people and I am honoured to head a company in over 40 countries that has become a leader in our industry. As we diversify our business across the global supply chain we will continue to enable trade and support the economic development of nations around the world.”

Capt. Ravinder Johal, Chief Executive Officer, DP World Nhava Sheva, said: “At DP World Nhava Sheva, we continue to increase efficiencies, improving our operations, engineering, and promoting safety. We are honoured to receive this global recognition from the Institute of Directors for this device which is just one initiative that illustrates our commitment towards building a safety culture at the terminal.”

The Golden Peacock Awards were launched by the Institute of Directors in India in 1991 and are widely regarded as a benchmark of corporate excellence worldwide. The Awards Secretariat receives over 1,000 entries a year from within India and from over 25 countries worldwide. Justice P. N. Bhagwati, former Chief Justice of India, is the Chairman Emeritus.