You are here: Home › Shipping News › DNV GL: Tubes And Piping Most Failure-Prone Components In Oil And Gas And Maritime Industries
TwitterFacebookLinkedInPinterestBuffer

New DNV GL research based on more than 1,000 failure cases has revealed that tubes and piping are the most failure-prone components in the oil and gas and maritime industries. Fatigue and corrosion are the most common failure types.

The research is based on cases from DNV GL’s global network of five laboratories in the United States, Europe and Asia, which specialise in failure investigation.

The laboratories identified that, of the components they examined, more than a quarter (27%) of failures occur in tubes and piping, and a fifth (20%) in rotating machinery. Fasteners, and mooring and lifting components also appear in the top five components most prone to failure. 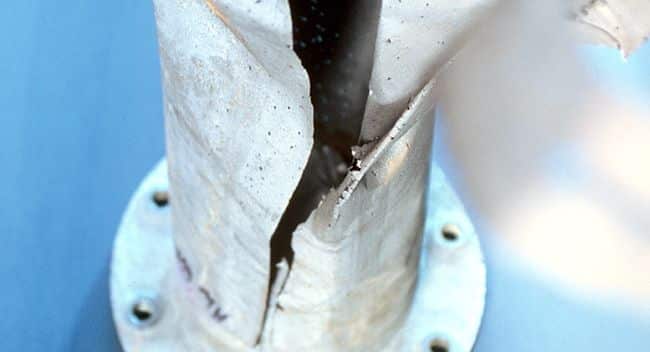 Fatigue (30%) and corrosion (19%) make up nearly half of the primary failure types occurring in the cases DNV GL analysed. Brittle fracture, overload and wear are also in the top five.

“The cost of prevention, monitoring, repair or replacement as a result of these forms of component degradation can run into billions of dollars. Potentially, financial penalties can occur if major incidents and loss of life result from such a failure. Our experts can provide in-depth technical advice to prevent future failure on similar components that keep operations running and importantly keep the workforce safe,” said Koheila Molazemi, Technology and Innovation Director, DNV GL – Oil & Gas.

To obtain the data for its research, DNV GL’s laboratory experts applied several methods to analyse data and documentation to assess failure trends and predict what components are most likely to fail. This included innovative approaches applying advanced search engine technologies combined with technical subject matter expertise. DNV GL continues to enhance this approach with its customers.

The accumulation of more and better data and learnings from failures can be applied in the front-end engineering design phase of development projects to engineer more robust assets. During operations, learnings can enhance optimization of inspection, repair and maintenance for more efficient and safer use of capital and people.