DNV GL, the world’s largest resource of independent energy experts and certification body, is today showcasing the final reports in a study which demonstrates the commercial and technical feasibility of the offshore wind market In India. Co-funded by the European Union (EU), GPCL and ReNew Power the Facilitating Offshore Wind in India (FOWIND) project will enable organisations to make future investments in the region. 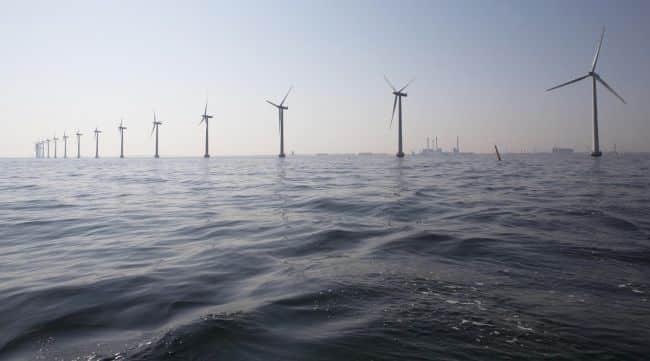 India has made strong commitments under the UN Paris Climate Agreement and announced ambitious renewable energy goals in 2015, targeting 175 GW of renewable energy capacity by 2022, including 60 GW from wind energy. To date, offshore wind development has largely been concentrated within Europe, but this is changing and DNV GL is supporting the Government of India in driving this change.

The project, which supports India’s transition towards the use of clean technologies in the power sector, focused on the states of Gujarat and Tamil Nadu to identify potential zones of development through preliminary resource and feasibility assessments for future offshore wind developments, as well as through techno-commercial analysis and preliminary resource assessment.

As the technical partner, DNV GL fruitfully leveraged its offshore wind and local market expertise from international teams, including India, UK, Singapore, Canada, USA and Australia. These capabilities facilitated the delivery of several technically rigorous milestone reports to enable the Government of India and its stakeholders to bring this new offshore wind market closer to fruition.

Marking the occasion of the publication of these reports, the Ministry of New and Renewable Energy, Government of India stated, “It is the beginning of India’s journey from Onshore to Offshore – A dream comes true.”

Speaking about the project, Ditlev Engel, CEO DNV GL – Energy: “At the start of this project nearly four years ago, offshore wind in India was no more than a distant vision. Today however, India has a specific offshore wind policy, a government actively ’gearing up’ for offshore and local and overseas stakeholders pro-actively considering this new endeavor. These are significant steps to a greener energy future for India.”