VARD’s new LNG tank design has been granted General Approval for Ship Application (GASA) by DNV GL. The new LNG-type B-tank design is based on vertical cylindrical-shape geometry and has a patented support design.

The tank is the result of a joint industry project (JIP) initiated by VARD and DNV GL in April 2015. Initially, a number of design and documentation challenges were identified, but throughout the project, the two companies were able to collaborate closely to agree on feasible solutions. After numerous iterations, extensive documentation of details and the use of finite element strength calculations to prove the design’s capability, DNV GL granted the design a GASA Statement. 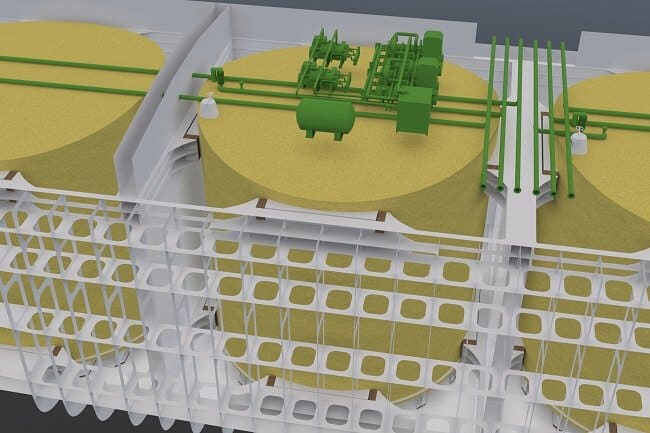 “The development of the LNG tank design from the contract signing to the achievement of the GASA Statement is one of most time-efficient projects I have ever seen,” says Johan Petter Tutturen, LNG Business Director for Gas Carriers at DNV GL. “This has been a result of the excellent cooperation between the several workshops involved, along with VARD’s depth of engineering expertise and top-notch project management.”