Watertight doors are crucial for reducing ship vulnerability in cases of flooding, as witnessed from the time of the Titanic to today. Due to re-occurring deficiencies during surveys, and accidents leading to injuries and fatalities, GARD and DNV GL have joined forces to launch an awareness campaign on watertight doors.

Relevant for owners/managers of ships with watertight doors as well as for shipyards, design offices and flag states. 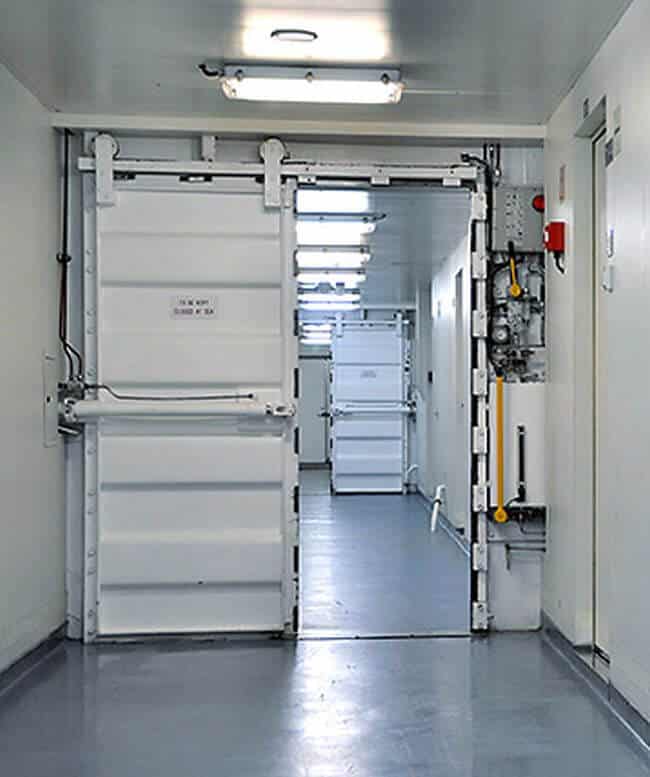 Large shipping losses have decreased by some 45% over the last decade, and it is evident that improved safety barriers for controlling flooding have a strong impact on reducing risk. Foundered (sunk or submerged) is the main cause of losses, accounting for half of all losses over the period 2005–2016. Grounding is the second major cause (20%) after fire (10%), while collision is the fourth major cause (7.3%).

For the major accident scenarios of foundering, grounding and collision, controlling the ship’s internal watertight integrity – and therein the watertight doors – can make a significant difference when it comes to reducing the consequences related to loss of life and asset. An open watertight door in a flooding scenario is a failure that rapidly may lead to capsizing or foundering depending on the ship design, and for which there may be no recovery.

Managing watertight doors as a safety barrier sounds like an easy, everyday task. However, it is indeed a highly complex operation involving technical systems, people and processes. A watertight door compromises several technical systems (structural, electrical, hydraulic, control), with many possible failure modes, and the doors are constantly subject to wear and tear. Likewise, efficient barrier management depends on procedures describing correct operation during voyage and in emergency situations, as well as procedures ensuring correct and efficient maintenance. Finally, there is the human element of crew and officers, their awareness of the involved risk and the knowledge and motivation to operate the system correctly during operation and in cases of emergency.

By launching an awareness campaign targeting all relevant stakeholders in the industry, GARD and DNV GL intend to

A key element of the campaign is to develop a proactive closing culture. This means being prepared for possible external events such as a collision or grounding or bad weather. Another element is to create awareness regarding the occupational risk of incorrect passing of watertight doors, and reflect on potential conflicts this may create. The project team has also been working with the industry in assessing work orders in planned maintenance systems related to watertight doors. An example of work orders is part of the awareness campaign package.

The joint industry awareness training from GARD and DNV GL contains concrete recommendations for our shipping customers, for example:

DNV GL recommends to use the watertight doors awareness material at your next safety meeting, officer conference or similar. GARD and DNV GL are delighted to support you on request.