The maritime world is in the middle of a period of rapid change, with increasing digitalization, new regulations and shifting markets. Classification societies can help to remove barriers, speed up the process, and assist stakeholders make the most of the new landscape, IACS Chairman Knut Ørbeck-Nilssen said at DNV GL’s press conference at Marintec China today.

“One of the major contributions of class in current times of transformation is to bring familiar assurance processes to new and unfamiliar technologies,” said Knut Ørbeck-Nilssen, Chairman of the International Association of Classification Societies (IACS) and CEO DNV GL – Maritime. “This will help to ensure a quick uptake and smoother implementation of new technologies which can enhance safety and increase efficiency.” 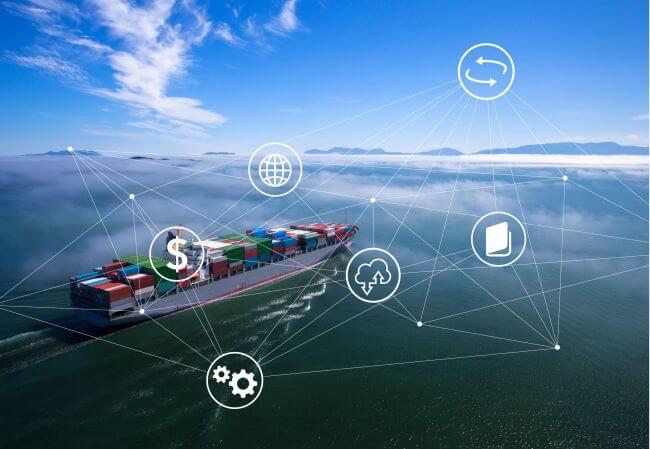 IACS was working to adapt regulations to new needs and remove regulatory barriers, he said. “An effective regulation is one that rewards early adopters. At the moment, it could be argued that those who adopt last get the best financial return. Instead, let us embrace the opportunities which arise from the digital transformation and be proactive in addressing challenges,” he said.

Ship systems are becoming ever more complex and increasingly controlled by software. “This is leading to new risks, like hacking and cyber-crime. Accordingly, the role of Class would expand into new verification fields, e.g. cyber safety, assurance of data quality, and sensor-equipped cyber-physical systems, said Ørbeck-Nilssen. “Even so, the methods and processes might change but the purpose of classification remains the same: ensuring safe operations at sea while protecting life, property and the environment.”

At the press conference, Knut Ørbeck-Nilssen also announced a shift in regional responsibilities for DNV GL. From January 2018, Norbert Kray, current Area Manager for Japan, will move to become the new Regional Manager for Greater China. The current head of the region, Torgeir Sterri, will be taking up the position as the Regional Manager of Western Europe, covering Germany, France, Spain, Portugal, Benelux, and the UK and Ireland.

Sterri stressed the importance of China as a maritime player and evolving technology power-house: “For nearly 130 years now, DNV GL has been deeply involved in working to support the development of China as a shipping nation. And we are proud that many of the largest and most advanced ship and offshore newbuilding projects constructed in China have been classed by DNV GL. Going forward, Chinese shipbuilders and owners will continue to develop as they move into new and more sophisticated ship types and DNV GL will be here to support them. I wish Norbert Kray all the best for this exciting journey ahead.”

New Regional Manager Norbert Kray outlined some of the new digital initiatives from DNV GL. One of the most impactful was the rollout of electronic certificates across the DNV GL fleet. “Just six weeks after the rollout, over 25,000 electronic certificates have been issued for more than 3,000 vessels in operation, including many class entries and newbuilds, and this number is growing rapidly every day,” he noted.

In addition, new digital services such as the Smart Survey Booking tool, the machine-learning enhanced DATE (Direct Access to Technical Experts) service, drone surveys, and the Veracity open data platform were all improving the efficiency of DNV GL’s core services, enabling customers to reap the full potential of digitalization, he said. “This is part of our drive to be recognized as the most customer centric classification society,” said Kray, “and I look forward to working with customers and stakeholders in China to help them find new efficiencies and opportunities with these new services.”