You are here: Home › Shipping News › DMA: How Do Shipowners Get Ready For The BWM Convention
TwitterFacebookLinkedInPinterestBuffer

The Danish Maritime Authority, the Danish Environmental Protection Agency and the Danish Shipowners’ Association are hosting a conference where the future implementation of the Ballast Water Management Convention is on the agenda.

Now, the Ballast Water Management Convention finally enters into force on 8 September 2017. Therefore, shipowners must decide how to comply with the Convention.

The Convention will be implemented during a five-year period and, once it is fully implemented, almost 60,000 ships worldwide will be fitted with a ballast water management system. 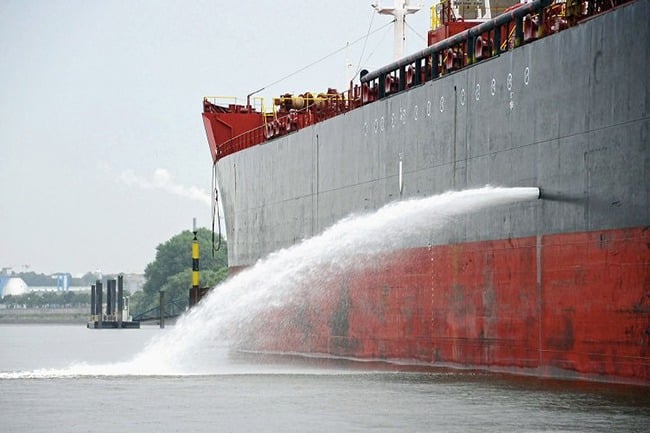 ”We are striving to ensure a smooth implementation of the provisions and, thus, that ships are treated in the same way all over the world. We know very well that there are still a few outstanding issues that have not yet been clarified in the IMO, but we hope that this conference will help shed light on these issues so that we can, in the future, be prepared better for the negotiations,” says Special Adviser Clea Henrichsen from the Danish Maritime Authority.

Therefore, the Danish Environmental Protection Agency, the Danish Maritime Authority and the Danish Shipowners’ Association are hosting a conference today, offering shipowners a chance of getting an update on the Convention as such, but also on the ship requirements. In addition, the attendees will get an update on the negotiations in the IMO and on short sea shipping’s possibilities of being granted exemptions.

In connection with the implementation of the regulations, the Danish Maritime Authority is striving to ensure that the Convention allows for voyages in areas where it is environmentally sound to replace ballast water without cleaning it according to the so-called Same Risk Area concept.

This concept makes it possible for the authorities from different countries to grant exemptions from the use of ballast water management systems in limited sea areas if investigations and analyses can confirm that there is no risk of spreading invasive species. This could, for example, be the case with ferry crossings in restricted areas.

More or less all types of ships use ballast water to stabilise the ship. On one single voyage, a super tanker can move 100,000 m2 seawater from one port to the next.

In order to stop the spread of invasive species, United Nations International Maritime Organization (IMO), adopted a Convention in 2014 requiring ships to clean their ballast water before discharging it into the sea. This Convention will become effective on 8 September 2017 since it has been ratified by 30 countries which, taken together, have registered 35 per cent of the world’s tonnage.

In order to meet the Convention requirements, shipowners must install a ballast water management system that cleans the water before it is discharged. The price of a ballast water management system depends, to a large degree, on its capacity and is between 0.2 and 2.5 million USD. The installation is complicated and time-consuming and will, in general, require the ship to be docked for several days.