Denmark has acceded to the global regime on compensation for damage caused by the carriage by sea of hazardous and noxious substances of the 2010 HNS convention. Chemicals and other dangerous substances occasionally end up in the ocean after ship collisions and other accidents at sea. And this can cause serious damage to the environment, property and health. Taking up the need for protection, Denmark has approved the 2010 protocol to the convention on liability and compensation for damage in connection with the carriage of HNS substances by sea. HNS substances can be defined as various hazardous and noxious substances. 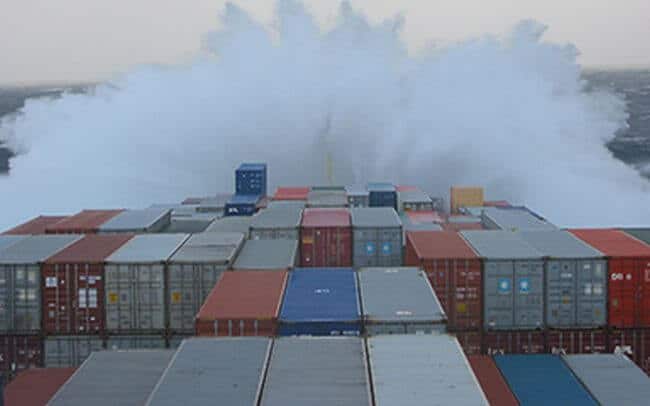 The convention ensures a uniform and global set of liability rules for damage following carriage of HNS substances by sea. In the case of large pollution damage, where the damage exceeds a certain amount, the HNS Fund can be charged with the coverage of the damages by the HNS substances. The HNS Fund is administered by the IMO.

The Danish minister of business has requested the Danish Maritime Authority to enforce the rules of the convention in Denmark, including issuing insurance certificates for Danish ships.

Director General Andreas Nordseth, Danish Maritime Authority:
“We are now making sure that potential victims of an incident with hazardous and noxious substances at sea are more likely to receive compensation. This ensures better protection for all, once the convention enters into force internationally.”

Denmark is following in the footsteps of Norway, Canada and Turkey and is thus the fourth country to ratify the 2010 protocol to the HNS convention.

Strict liability for the shipowners

To ensure liability for damage following an incident involving HNS, the registered owner of the ship is strictly liable to pay compensation.

Parties to the HNS convention are required to ensure that ships, which sail under their flag, are insured. This also extends to controlling the insurance of foreign ships, which are calling at their ports.

When does compensation by the HNS Fund apply?

The HNS Fund is financed by contributions from importers of HNS goods in those countries, which have ratified the HNS convention. The amount to be paid by recipients of HNS is proportionate to the tons of HNS substances received in the preceding year.