Diamond S Shipping Inc. (“Diamond S”, or the “Company”), one of the largest publicly listed owners and operators of crude oil and product tankers, today announced results for the fourth quarter of 2019.

Highlights for the Fourth Quarter and Recent Events

Reported net income attributable to Diamond S of $26.1 million, or $0.65 per basic and diluted earnings per share (“EPS”), and Adjusted EBITDA (see Non-GAAP Measures section below) of $69.9 million. EPS excluding a one-time loss on the write-off of deferred financing fees was approximately $0.75 for the quarter.

Refinanced three legacy credit facilities, which represented approximately $500.6 million of debt, composed of $489.6 million of term loans and $11.0 of million revolving loans, into a $375.0 million term loan and up to $150.0 million in revolving loans. The refinancing extended final debt maturities on these amounts out to December 2024. The facility bears interest at LIBOR plus 2.5%. 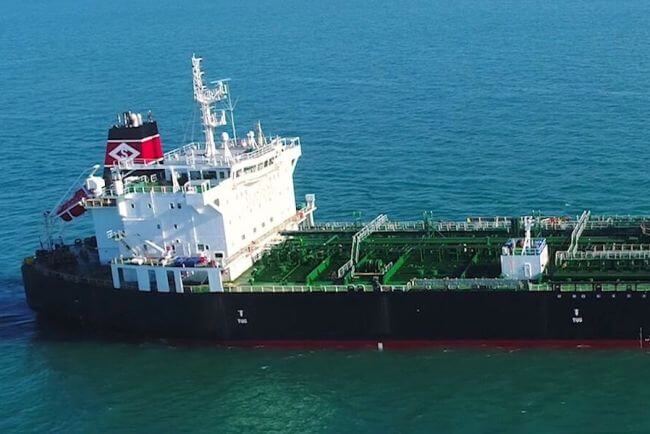 Net debt at December 31, 2019 was $810.7 million implying a net debt to asset value leverage ratio of 47% based on most recent available broker valuations as of December 2019.

Announced share repurchase program of up to $50 million of the Company’s shares, commencing in the first quarter of 2020.

Craig H. Stevenson Jr., President and CEO of Diamond S, commented: “The Company’s ability to capitalize on a strong rate environment is reflected in our fourth quarter results as Diamond S’ unit leverage and spot market focus offers investors upside exposure in the tanker markets. We believe that Diamond S’ conservative balance sheet, low cash break-evens and strong liquidity profile will enable us to appropriately manage the market volatility from the outbreak of the coronavirus, while keeping us ready to take advantage in any run-up in tanker rates from the current seasonal levels. Accordingly, and given the disconnect between our long-term outlook and the Company’s share price, we believe that share repurchases represent the most prudent use of our financial resources and the appropriate mechanism to return value to our shareholders at this time.”

Net income attributable to Diamond S for the fourth quarter of 2019 was $26.1 million, or $0.65 per basic and diluted share, compared to a net loss of $30.8 million, or $1.13 per basic and diluted share, for the three months ended December 31, 2018. The increase in the fourth quarter of 2019 is primarily related to an increase in the number of vessels as a result of the Merger1 and improved tanker market conditions in both the crude and product tanker segments.

The Company groups its business primarily by commodity transported and segments its fleet into a 16-vessel crude oil transportation fleet (the “Crude Fleet”) and a 50-vessel refined petroleum product transportation fleet (the “Product Fleet”). The Crude Fleet consists of 15 Suezmax vessels and one Aframax vessel. The Product Fleet consists of 44 medium range (“MR2”) vessels and 6 Handysize (“MR1”) vessels.

Vessel expenses were $44.7 million for the fourth quarter of 2019 compared to $30.1 million for the three months ended December 31, 2018. Vessel expenses, which include crew costs, insurance, repairs and maintenance, lubricants and spare parts, technical management fees and other miscellaneous expenses, increased by $14.6 million primarily due to the increase in the size of the fleet following the Merger1, net of the sale of the two MR vessels in the third quarter of 2019.

General and administrative expenses were $8.3 million in the fourth quarter of 2019 compared to $4.2 million for the three months ended December 31, 2018. The increase was due to higher legal and accounting professional fees related to regulatory filings and an increase in headcount required to maintain the infrastructure for public company reporting standards and vessel management of a larger fleet employed in the spot market.

Other income, which consists primarily of interest income, was $0.3 million in the fourth quarter of 2019, compared to $0.4 million for the three months ended December 31, 2018.

* As used herein, the term “Merger” refers to the business combination of DSS Holdings L.P. (“DSS LP”) and the crude and product tanker business of Capital Product Partners L.P. (“CPLP”) on March 27, 2019. The historical consolidated financial statements of DSS LP and all of its directly-owned subsidiaries for periods prior to the Merger are considered to be the predecessor financial statements of the Company. In January 2019, DSS LP’s Board of Directors approved changing the Company’s fiscal year end to December 31 of each calendar year from March 31. Both the three month period ending December 31, 2018 and twelve month period ending December 31, 2018 are unaudited and certain financial information for those periods is included herein to provide historical comparative financial results. The twelve month period ended December 31, 2018 reflects the addition of the nine months ended December 31, 2018 (available in our registration statement on Form 10 filed with the U.S. Securities and Exchange Commission (the “SEC”) on December 21, 2018, as thereafter amended) and the three months ended March 31, 2018 (available in our quarterly report on Form 10-Q filed with the SEC on May 15, 2019).

Strong market conditions carried over into the first quarter of 2020 as the crude market environment was above typical seasonal trends before coming under pressure due to the lifting of sanctions on a subsidiary of COSCO and the emergence of the coronavirus. The coronavirus has had a significant impact on global commodity trade and specifically end-market demand from China. Notably, larger vessel classes have been disproportionately impacted by a decrease in long haul voyages.

Looking forward, the Company continues to monitor the global impact of the coronavirus on transportation demand. In the meantime, the orderbook across all tanker segments remains at historically low levels and is not expected to disrupt the thin balance between supply and demand that can result in heightened volatility and occasional rapid increases in daily vessel rates.

The impact of limited supply is contrasted by other shipping segments that have experienced daily rates decline to beneath operating levels in recent weeks. The Company remains constructive in its long-term market outlook and strongly believes the current market price of its shares do not reflect the underlying value of its assets. As a result, the Company has decided to initiate a share repurchase program of up to $50 million. Additionally, the Company believes that its Crude Fleet and Product Fleet both offer very favorable exposure to long-term market dynamics and that it is well positioned to generate substantial earnings in a strong rate environment due to its competitive breakeven levels.