The start-up company MASH Energy ApS produces bio-oil from agricultural waste. The CO2 neutral biofuel can be used in ships, and the residual product is an effective fertiliser.

With its investment of up to DKK 10 million, DFDS is now co-owner of the company and co-responsible for developing a commercially viable alternative to fossil fuels. The plan is to work towards testing the fuel on a DFDS vessel.

DFDS will hopefully in due time be using climate-friendly biofuel to propel its ships. This is thanks to an investment of up to DKK 10 million in MASH Energy, a company that has developed an efficient, low-cost method of producing biofuel from a waste product, currently from the by-products of nut processing in Tanzania and India. The plan is now to prepare a test of the fuel in a ship’s engine. 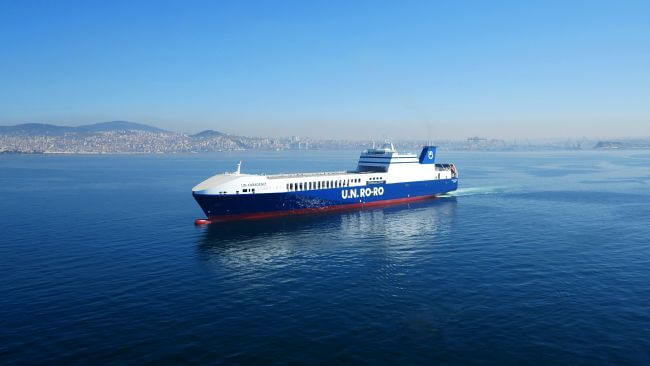 “The biofuel is CO2-neutral. During the growth season, the nut trees absorb CO2 that is emitted when the biofuel is combusted. In addition, there is a substantial further effect associated with the production of the fuel. The by-product – the so-called biochar – binds CO2 during the production process. Furthermore, the biochar is an efficient fertilizer in the fields where the additional plant growth will absorb large amounts of CO2 from the atmosphere,” says Jakob Andersen, CEO of MASH Energy, and lecturer at the Technical University of Denmark, DTU.

He and four colleagues from DTU are the founders of the company, which since the beginning of 2015 has developed the thermochemical processes and the reactor that can produce the oil from a number of different agricultural wastes, including waste products of nut farming and processing.

The reactor is constructed by the company’s own employees in MASH Energy’s factory in India.

The technology is already being used as part of an UN-supported project in Tanzania for the production of biofuel. The fuel is currently being produced from the waste products of multiple nut processing factories and has been delivered and sold to local industry.

“We are extremely pleased to add a large ship operator such as DFDS to the ownership circle and that we will thus get the opportunity to test the biofuel in engines and verify that our product is indeed of the quality and price necessary for it to succeed in the shipping industry,” says Jakob Andersen.

The investment is made in three stages and DFDS will become a 24% shareholder of the company after the final stage.

“The investment is a result of our ambition to take responsibility for the development of commercially viable biofuel that is a real alternative to fossil fuels. We have had a close dialogue with the company and its owners since its founding in 2015 and have great confidence in our joint abilities to fulfil the ambitions that are also perfectly in line with DFDS’ ambitions to reduce the carbon footprints of our ships,” says Sofie Hebeltoft, Head of DFDS’ CSR department.

“In the long term, the aim is to produce enough quantities to make the biofuel commercially viable and work towards identifying other waste products that can be used to produce bio-fuel.”