In the middle of the ongoing pandemic, ferry company Stena Line has confirmed that the construction of their two new larger E-Flexer ferries has begun in Weihai, China. The vessels were ordered in 2018 and the delivery is expected in 2022. Stena Line has also confirmed the third E-Flexer vessel destined for the Irish Sea, Stena Embla, is expected to be delivered on time and will start operating on the Belfast-Liverpool route in January 2021.

Stena Line is well underway in modernizing its large European fleet of ferries and has not let the ongoing pandemic affect these ambitious plans. So far this year construction of a further two new ferries has begun. The vessels, that are planned to be delivered in 2022, are the last of five vessels of the E-Flexer series that Stena Line ordered from sister company Stena RoRo, that are being built at the CMI Jinling Weihai Shipyard in China.

Of the first three vessels, the first two: Stena Estrid and Stena Edda, have already entered service on the Irish Sea earlier this year. The third vessel, Stena Embla, is in the final stages of construction and is expected to go into service on the Belfast-Liverpool route according to plan in early 2021. 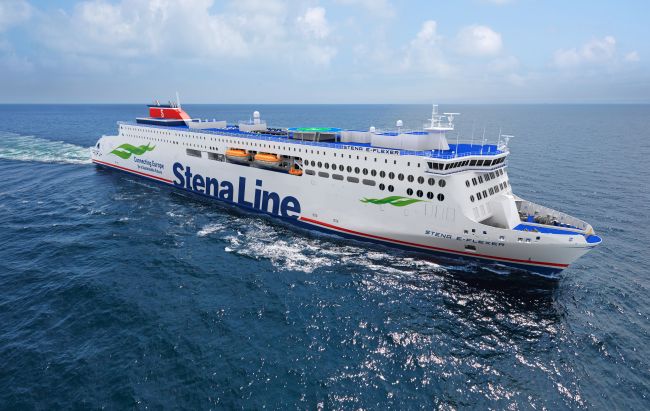 “Despite a tough time during the COVID-19 pandemic, we have shown how important Stena Line is to linking Europe’s freight and passenger transport and vital supply lines. We believe in continued growth and demand in all our markets and with the new ferries in place, we will be well equipped for the future” says Stena Line’s CEO Niclas Mårtensson.

Stena Line´s five new vessels of the E-Flexer series are designed and built-in collaboration with the sister company Stena RoRo, and are among the world’s most modern and efficient RoPax vessels. Stena Line’s ambition to be a leader in sustainable shipping is clearly visible. 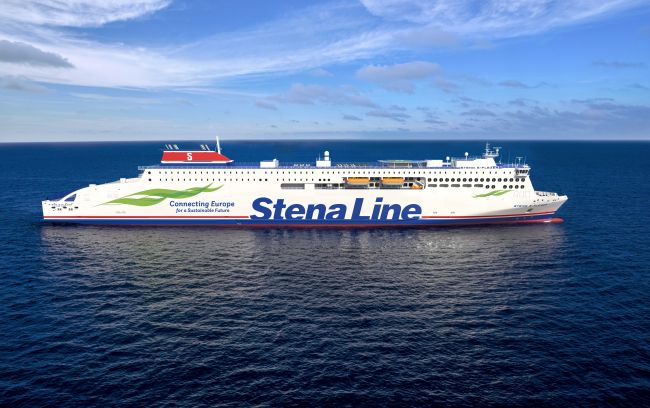 Among the distinguishing features are:

In addition to the five new builds another two existing vessels in the fleet, Stena Lagan and Stena Mersey, will be extended by 36 metres and modified with efficient drive-through capabilities for loading and unloading in two levels. In total the modifications will increase the cargo capacity by 30% and add on a total of 75 cabins. The two vessels are expected to be back in traffic in Stena Line’s network in 2021.

”We continue to build on our successful RoPax concept with a mix of freight and passengers. By modernizing and standardizing our vessel fleet, we ensure a reliable operation can in an even better way support and grow with our customers”, says Niclas Mårtensson.

So far Stena Line has not revealed where the two new larger vessels of the E-Flexer model, or the extended vessels Stena Lagan and Stena Mersey, will operate.