Vestas’ 8 megawatt wind turbine, the world’s most powerful, has been chosen for a large wind park in German waters built by Vestas’ Danish compatriot DONG Energy, the companies said on Wednesday.

It is only the fourth project to choose the turbine that Vestas has developed in a joint venture with Japan’s Mitsubishi Heavy Industries, in a bid to catch Siemens in the lucrative offshore segment of wind power.

The project, Borkum Riffgrund 2, will have a capacity of up to 450 megawatt and is located in the North Sea about 57 kilometres the north-west coast of Germany and is able to cover the consumption of 460,000 households. 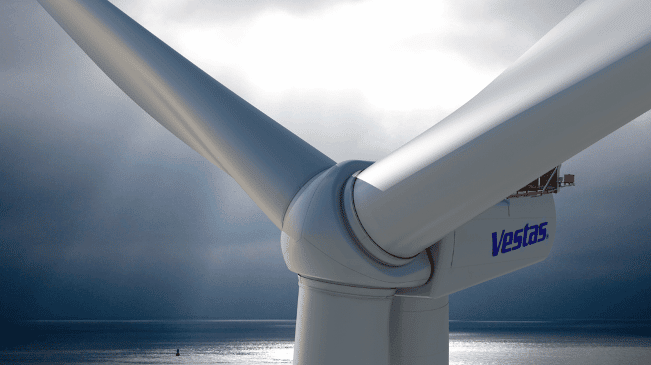 DONG Energy said providing it received a final investment agreement into the project, it would sign the agreement with Vestas later this year.

The Danish utility, which has built more offshore wind farms than any other company, had earlier ordered 32 units for its Burbo Bank Extension project and has also said the V164 is preferred for the first half of a 660 MW Walney Extension project. Both projects are offshore Britain.

Most industry consultants rank Vestas as the world’s largest wind turbine maker followed by Siemens Wind Power and General Electric Co., but it has fallen behind in the offshore sector which has been dominated by Siemens in recent years.

To try to catch up, Vestas formed MHI Vestas joint venture with Japan’s Mitsubishi Heavy Industries in 2013 to speed up the development of the 8 MW turbine and a smaller 3.3 MW turbines.

Siemens has a 7 MW turbine, and has said it would like to have a prototype for a 10 MW turbine ready by 2020.

European Shipowners Highlight Need To Have Sufficient Capacity On Ship Recycling Yards List
Want to share your tips and advice? Got questions? Visit the community forum to ask questions, get answers, meet people, and share your tips!