Deltamarin Ltd has signed a contract with Chinese Guangzhou Shipyard International Co, Ltd (GSI) for consultancy and engineering services for the DFDS ro-pax ferries. Deltamarin earlier carried out contract design of the ship concept for GSI in close cooperation with the owner.

Deltamarin will provide the yard with basic (approval) and detail design together with Safe Return to Port (SRtP) documentation. The contract covers all disciplines and all areas. The value of Deltamarin’s contract with GSI is about €5M. The work will be carried out at Deltamarin’s offices in Finland and China with the assistance of network companies from Europe over an estimated period of 13 months. 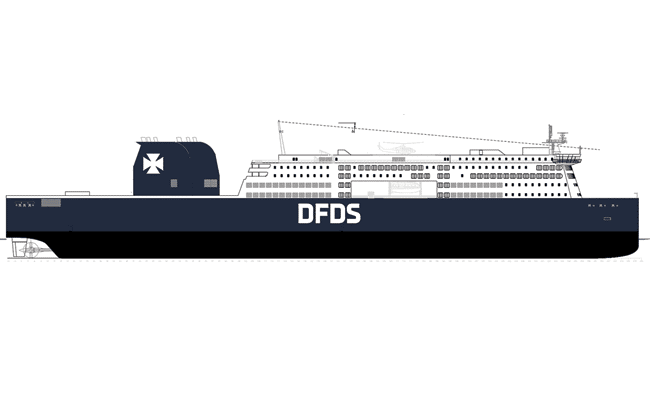 The shipbuilding contract for two ro-pax ferries was signed on February 12 between DFDS and GSI. Both ships are planned to be delivered in 2021. The ships will be built at GSI’s Nansha yard. Deltamarin earlier worked with GSI during the construction of the semi-submersible heavy lift vessel Xiang Yun Kou for Cosco Shipping.

“This significant order supports Deltamarin’s strategy to further strengthen our position in the passenger vessel segment. We are very proud of this new contract and extremely happy to start cooperation with GSI to ensure that DFDS will get the next-generation vessels to support their growth strategy in the Baltic Sea,” says Deltamarin’s Managing Director Janne Uotila.

The 230m-long ro-pax ferries will carry 4,500 lane metres of freight and passenger vehicles as well as 600 passengers. The ships are planned to be deployed on one of the Baltic routes connecting Lithuania to either Sweden or Germany. They will be built to the newest environmental standard offering the lowest possible fuel consumption and emissions. They will also be fitted with exhaust gas scrubbers and have ice class 1C.