With the Polar Code now in force, Thordon Bearings has urged shipowners and managers to verify that their vessels’ deck machinery and systems can operate safely in the extreme temperatures encountered in Arctic and Antarctic seas.

Scott Groves, Thordon Bearings Regional Manager – Americas, said: “Conventional bronze bearings commonly found in everything from fairleads and lifeboat davits to winches and hoists require frequent maintenance and grease lubrication to ensure machinery is operationally effective. Yet while most lubricating greases can tolerate temperatures down to -10°C, ship operators must be aware that temperatures below this can severely affect viscosity and performance, potentially resulting in the failure of critical equipment.” 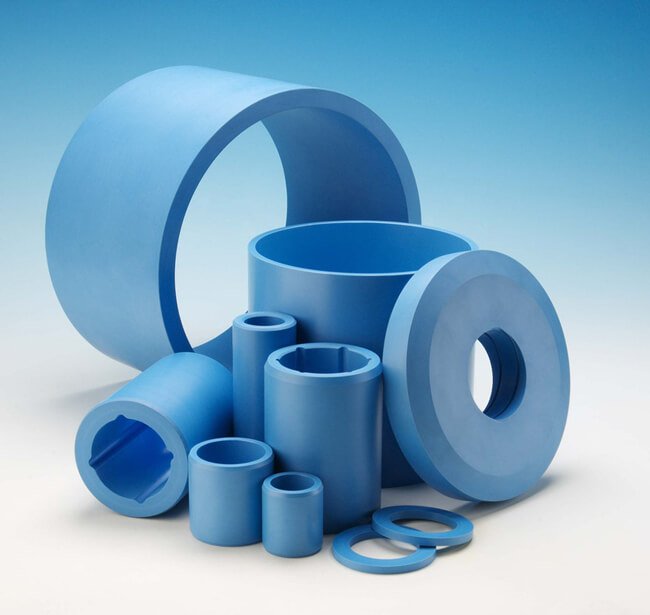 He added: “The length of time crew members will be able to spend on deck to carry out regular maintenance and greasing will inevitably be limited, due to cold temperatures and the potential for frostbite. Another problem is the grease itself, which could pose a threat to the surrounding environment.

“Conventional oils and greases, even so-called environmentally acceptable lubricants, are not biodegradable in extreme temperatures where there may be little sunlight and could irrevocably damage the sensitive ecology of these areas,” he said. The high cost of biodegradable lubricants is also an issue for shipowners.

Craig Carter, Thordon Bearings’ Head of Marketing and Customer Service, said: “The Polar Code prohibits the discharge into Arctic waters of any oil, oily mixture and noxious substance, so any system that can negate their use completely without detriment to the performance of machinery has to be considered if shipowners are to comply.

“Our ThorPlas-Blue range of polymer bearings is capable of operating in temperatures down to -50°C in dry conditions and -10°C in water. There is no need for grease as they are completely self-lubricating so there is zero risk of grease polluting these ecologically sensitive areas.

“Aside from the environmental benefits, costs associated with the purchase, storage, application and disposal of this potential pollutant are reduced, as is any non-budgeted expenditure resulting from bearing seizure, such as replacing expensive rope or cables,” continued Carter.

Capable of operating pressures to 45MPa (6,527 psi), ThorPlas-Blue can be easily back-fitted into virtually all applications where greased bronze is currently installed.

The International Code for Ships Operating in Polar Waters, entered into force on 1 January 2017 for ships built after that date and covers all safety and structural aspects relevant to navigation in waters surrounding the two poles – including pollution prevention. It will apply to all ships from January 2018.