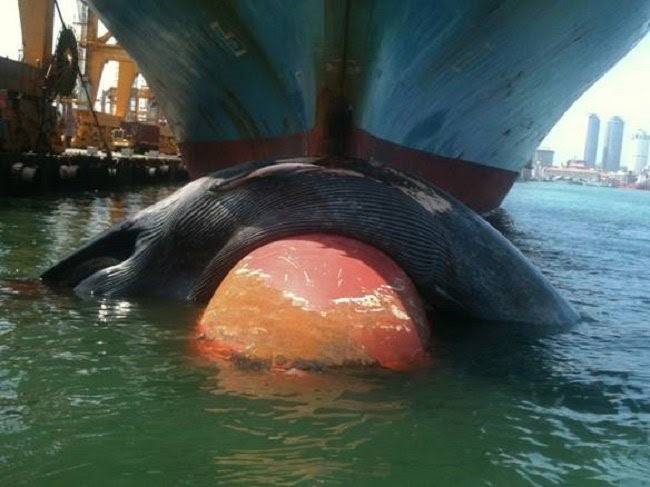 “Fortunately this a rare incident, but can be quite complex and involves a number of agencies to help resolve. However, there was no ‘emergency’ declared on board and no distress call sent.

“The Maritime and Coastguard Agency (MCA) were made aware of the situation and liaised with various agencies including the Counter Pollution Team, Receiver of Wreck, Portsmouth International Port, Queen’s Harbour Master, the ship’s owner and Environmental and Conservation Agencies were consulted.

“It is unclear where the incident occurred, or whether the whale had already died.

“The ship was released to sail into Portsmouth harbour late afternoon. The whale will now be brought ashore so it can be assessed and taken care of.”