The death toll from a Chinese cruise ship that capsized on the Yangtze River has climbed to 82, state media said on Friday, as authorities righted the battered vessel and said there was no chance of finding anyone else alive.

The rescue mission has become an operation to recover hundreds of bodies from the ship, which was carrying 456 people when it overturned in a freak tornado on Monday night. Only 14 survivors have been found, including the captain.

“In a situation in which the overall judgment is that there is no chance of people being alive, we could start the work of righting the boat,” transport ministry spokesman Xu Chengguang told a news conference late on Thursday. 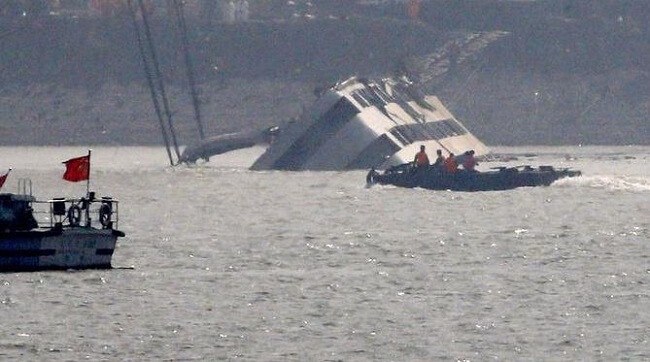 Rescuers, many from the military, worked through the night to right the ship. Pictures on state television showed the ship, which had capsized completely, sitting upright in the water. Large dents and gashes scarred its blue roof.

Most of the four-deck ship remains under water, sitting on the river bed.

More than 200 divers have groped through murky water after cutting through the hull, searching every cabin on board, but have found no more survivors.

“We are already mentally prepared,” said a 33-year-old woman surnamed Gao, whose 58-year-old mother was on board the ship.

Another MSC Gayane Crew Admits Of Involvement In The Largest Cocaine Bust In US History
Want to share your tips and advice? Got questions? Visit the community forum to ask questions, get answers, meet people, and share your tips!