A lot of queries have been raised regarding the circumstances surrounding the death of a 21-year old Tamilian sailor, Vilfen Lobo Vilgious who had been missing since the 26th of July, 2020.

Vilfen, working onboard the cargo vessel MV Helvetia for the last 8 months was supposed to return home in 10 days when his family was told about his disappearance at around 10:30 pm on the 26th of July. The Indian Embassy in Nigeria traced his body the next day after receiving an email from the DGS. Post-mortem reports of the body, by the embassy, suggest death by drowning.

The information on the drowning was passed on the Director-general of Shipping, Amitabh Kumar by the National Union of Seafarers of India Vimalson. Following this, a mail was sent to the Nigerian Federal Authorities and the Indian Embassy to trace the body that was found on the 27th of July. 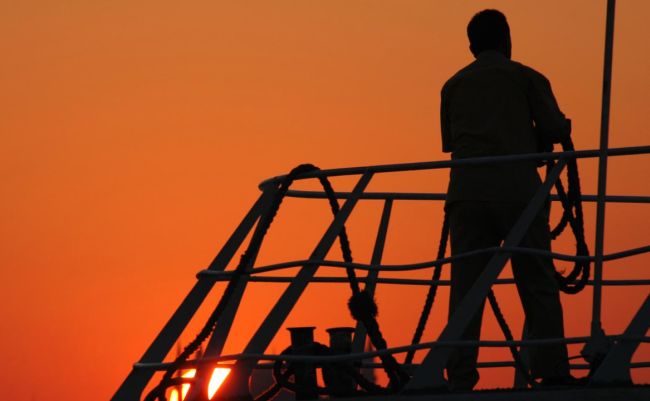 However, there are still questions to be answered over his death and the shady employment he had worked under until his death. He had joined as a trainee with the stipend of $300 per month.

According to his family, Vilfen had only been paid two-months worth of his salary in his tenure of 8 and a half months. Further, the payment had been given to him by hand and not transferred to his bank account. Vilfen’s father, W Vilgious Lobo has said that he would report the problem to the Recruitment and Placement Services License (RPSL) agent, Sailfast Maritime India.

Another element that requires probing is that of the sub-agent who is now unreachable to be contacted by his family. Moreover, sub-agents do not have the power to send sailors on international flagship vessels, questioning the validity or even existence of an authorised contract. All eyes lie on DGS to enforce regulations that ensure recruitment through genuine, authorised agents.

An inspector with the International Transport Workers Federation has also reported that the vessel MV Helvetia is not compliant with the Seafarers Employees Agreement (SEA) as per the rules of the Maritime Labour Convention. As a signatory of the convention, all shipping companies that employ Indian seafarers must be SEA compliant.

The incident is one of the many disappearance cases of Indian seafarers occurring in the last 15 years and fortunately is one among the reported cases. Many missing seafarers from Africa, West Asia, Iran and Malaysia are still not accounted for.

A week has now passed while the family requests the Union and State government for the speedy return of The sailor’s body from Nigeria. The Directorate remains in touch with the family and assures the return of the body soon.