The ITF is concerned for the Chinese crew of a FOC bulk ship due into Newcastle Friday morning.

The Marshall Islands flagged “Yangtze Oasis” came into port last Friday after the death of a junior officer was reported to NSW Police.

“We understand that a special Police Maritime investigation team travelled to Newcastle to investigate and have subsequently referred the death to the NSW coroner,” said Dean Summers, ITF National Coordinator. 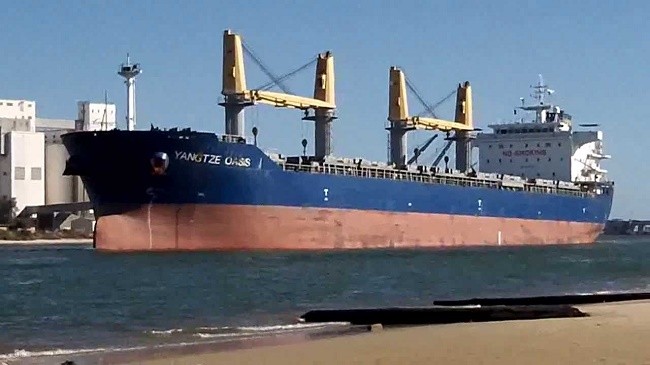 All attempts by the ITF to identify the ship Owners, Operators and Managers have been systematically blocked by Australian agents and others. The ability for foreign operators to effectively hide behind this heavy veil of secrecy is a real problem, not only for the ITF but also for government authorities including national security agencies.

The impact that FOC ships will have on the Australian coast is the matter of an ongoing senate enquiry following the three highly suspicious deaths in 2012 on the Sage Sagittarius.

“Had this ship been a national flag or if she had been covered by an appropriate ITF agreement, we would have immediate access to owners and operators,” Mr Summers said.

“The difference between a covered ship and a rogue ship like the Yangtze Oasis are stark.

“This crew is completely vulnerable and unsupported and the ITF will not stop until seafarers are treated with respect and dignity.”