Global maritime charity Stella Maris (Apostleship of the Sea) is marking Day of the Seafarer by paying tribute to female seafarers and cruise ship crew members. The charity is also highlighting the vital role its female trustees, port chaplains, head office staff and volunteers play. This year’s International Maritime Organization’s (IMO) theme for Day of the Seafarer is ‘I Am on Board with gender equality’. 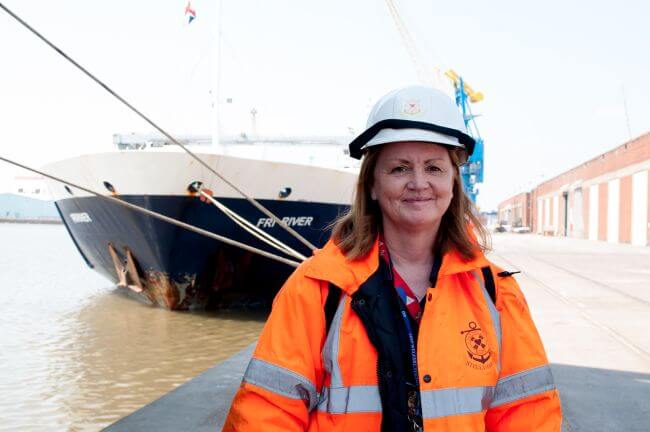 AoS Board Member Theresa Crossley said, “The maritime sector has generally been behind the curve on gender equality, so it’s great that the IMO had really picked up the baton with the ‘I Am on Board with gender equality’ campaign.

“But someone said to me recently: “You can’t be what you don’t see.” In other words, women need to take up roles and responsibilities that have been traditionally the preserve of men and be visible in those roles, if we are to inspire our girls and young women for the future.”
Theresa added that AoS is leading by example. “We already have women at all levels in the organisation – board members, staff, port chaplains and ship visitors, all of whom bring a unique blend of skills, expertise and compassion to helping seafarers in need of support,” she said. 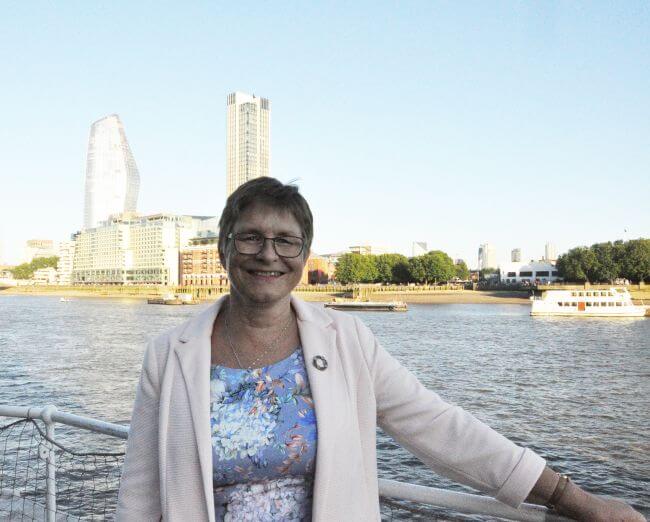 Anne McLaren, Stella Maris (Apostleship of the Sea) Regional Port Chaplain for North East England & Humber said, “We know women are capable of doing seafaring jobs. Thankfully most companies now recruit the best person for the job, be they female or male.

“Our challenge is to reach out to girls and young women to tell them about the various seafaring and shipping career opportunities available to them so they can make informed choices about their future occupation.”

“Ship owners and shipping companies should also ensure that working conditions on board are conducive for both female and male seafarers,” she said.

Anne adds that women port chaplains and ship visitors at AoS continue to play a vital role in supporting female and male seafarers, doing this via AoS’ daily ship visits and by providing practical, emotional and pastoral care to seafarers when the need arises.